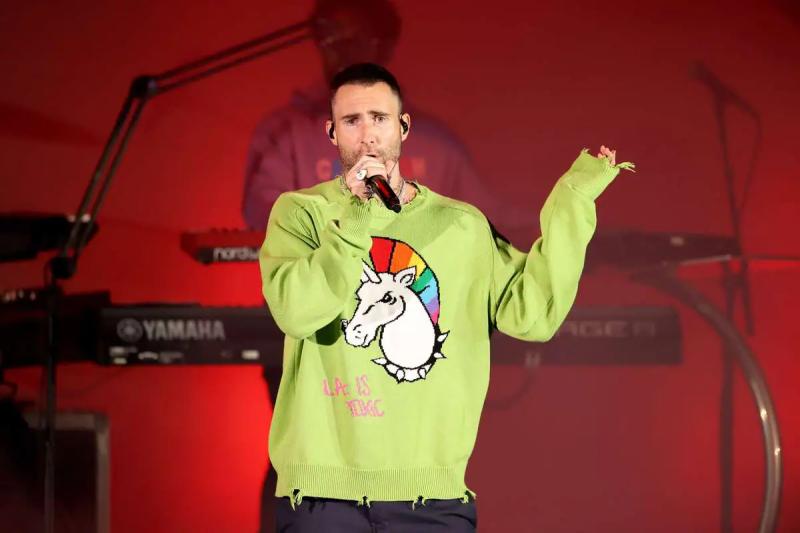 In anticipation of tonight's show on the Plains of Abraham, at the Festival d'été de Québec, here are some highlights to get to know Maroon 5, one of the most popular musical groups in the world .

1) What was the original name of Maroon 5?

The group formed in 1994 as Kara's Flowers, when Adam Levine, Jesse Carmichael, Mickey Madden and Ryan Dusick attended the private Brentwood School in Los Angeles, California. At the time, it was a rock music group.

In 2001, guitarist James Valentine joined the band, which then changed its name to Maroon 5, adopting the style of soul music.

2) What was one of their first songs?

Soap Disco was one of Kara's Flowers first singles, released in 1994. Although it didn't chart, the exuberant melodies and catchy chorus boded well for the band's next incarnation.

The album < 2002's Songs About Jane, which evokes Adam Levine's ex-girlfriend, took two years to catch on, until This Love climbed to number five on the Billboard's Hot 100, in 2004.

4) What is the band's most popular song?

One of the band's most popular songs, featuring Christina Aguilera, is Moves Like Jagger, which has since gone six times platinum in America. It ranks #1 on Maroon 5's Top 20 Songs, followed by Sugar, Girls Like You, Payphone and She Will Be Loved.

5) Who inspired Maroon 5 for their 2nd album?

The band's second album, It Won't Be Soon Before Long, was inspired by the music of Prince, Michael Jackson, Shabba Ranks and Talking Heads. Stevie Wonder, The Beatles and The Police are also major influences, especially for Adam Levine.

Adam Noah Levine was born on March 18, 1979 in Los Angeles. He was diagnosed with attention deficit disorder (ADD), which explains why he had difficulty in school.

In addition to being a singer and guitarist, he has his acting debut in the 2012 season of American Horror Story.

In November 2013, he was voted “sexiest man alive” by People magazine.

The couple just sold their California mansion for a whopping $52 million. Adam Levine is the richest of the Maroon 5 group, with US$140 million in net worth.

Adam Levine is selling his Californian mansion, in June 2022.

If you're thinking to get on stage to give Adam Levine a hug, be warned: he doesn't like it at all.

We saw it during a concert in October 2021 , when an admirer of the singer came on stage to hug him. She was immediately arrested, and Levine's reaction is unmistakable: He wasn't happy at all, uttering a heartfelt “F*CK.”

The Maroon 5 show takes place on July 9 at 10 p.m. on the Bell stage, as part of the Festival d'été de Québec.