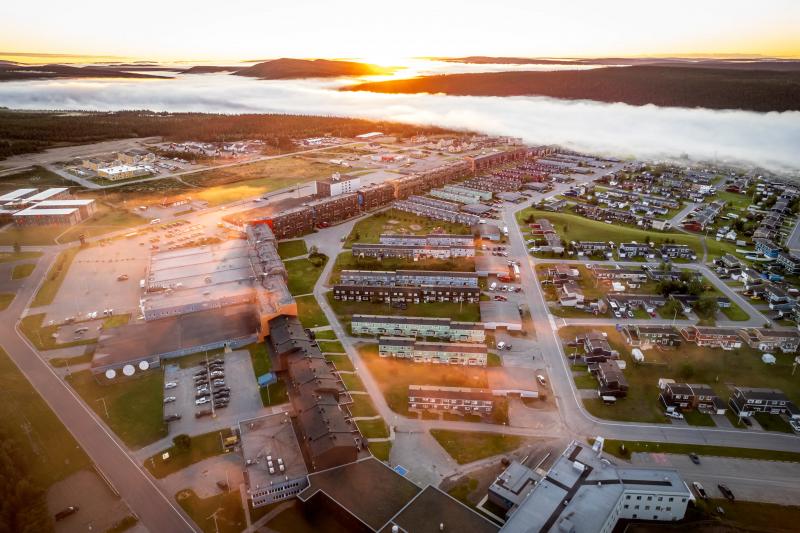 I have been hearing about the “wall” of Fermont for ages… However, it was only recently that I finally managed to photograph it. Seeing it with my own eyes is one of my unforgettable experiences. Erected in the 1970s, this screen wall is inspired by Scandinavian architecture. The city as a whole has been developed to make life easier for its residents. Beyond the 53rd parallel, near Labrador, about 300 km north of Sept-Îles, the climate can be very harsh during the winter season. There are only two other screen walls in the world, in Sweden and Russia. What is the use of it? Its configuration creates a microclimate sheltered from the prevailing winds. Shaped like an arrow pointing to the north, 1.3 km long and approximately 20 meters high, and even 50 meters in some places, this construction has more than 300 apartments. A good number of services and entertainment facilities can be found there. Also, temperate pedestrian bridges connect the buildings. During my “Expedition 51” journey, from Baie-Comeau to Blanc-Sablon via route 389, and later via the Trans-Labrador route, I had the opportunity to stay in the iron ore capital of Quebec. The region is well known for the wealth of its deposits. After this long journey on the winding road 389, I arrive in Fermont in the rain. Luckily, a release is announced. In the early morning, I immortalize my visit to the famous Fermont wall in a photo!