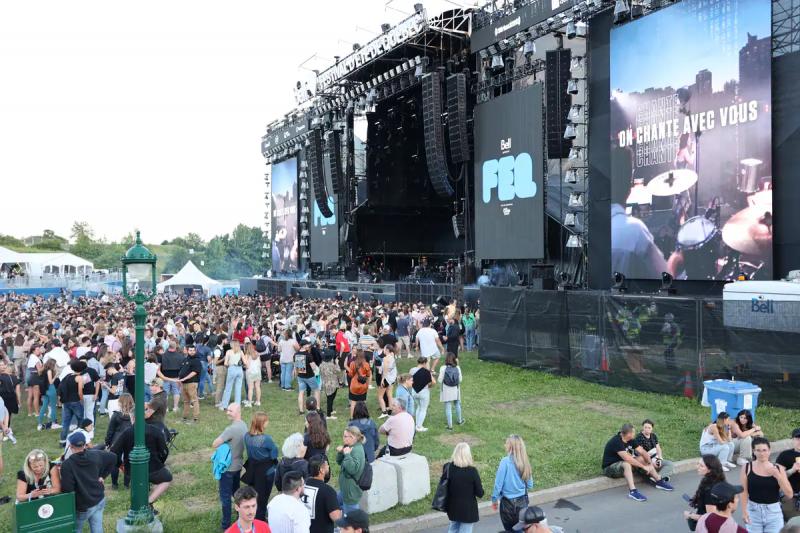 With the Festival d'été only two days old, a long-standing recrimination of artists who perform on the Plains of Abraham is back: the lack of participation and the arrival late for festival-goers in the Gold front stage area.

Quebecer Geoffroy and Jack Johnson both complained about it during their performance on Thursday night. The Hawaiian singer even directly challenged the spectators in the Gold zone to get them in tune with those crowded into the general admission section to his left.

“Prove yourself. It’s dancing a lot more on this side,” Johnson told them, visibly annoyed. however solved the problem by giving back a portion of the Gold zone of approximately 400 square meters to festival-goers holding general admission tickets.

In 2018 and 2019, therefore, the entire front of the stage was reserved for general admission. The corridor leading from the stage to the control room, which once divided the pitch into two equal parts, had been moved to the south of the site.

C This is the configuration the festival wanted to use this year, but with 24 hours notice, the assembly workers had to revert to the pre-2018 layout, with a central corridor, due to a broken pipe underground used to pass the wires.

“He collapsed completely. It was no longer possible to run the wires underground. However, there is a standard length for the wires that run from the stage to the control room and because we had to run them above ground, we did not have enough to run them through the angled configuration of 2018”, explains the Director of Communications, Samantha McKinley.

The latter affirms that the organizers wish to have time, before the end of the FEQ, to repair the pipe to return to the pre-pandemic configuration.

“Fingers crossed. You still have to have the time to do it because it's not something you normally do during the event. »

Samantha McKinley believes that if the festival can correct the situation, it will be the best solution for the artists and the spectators. The experience of 2018 and 2019 had been conclusive, she believes.

“It had responded to this concern of the artists. We had found the right balance. »