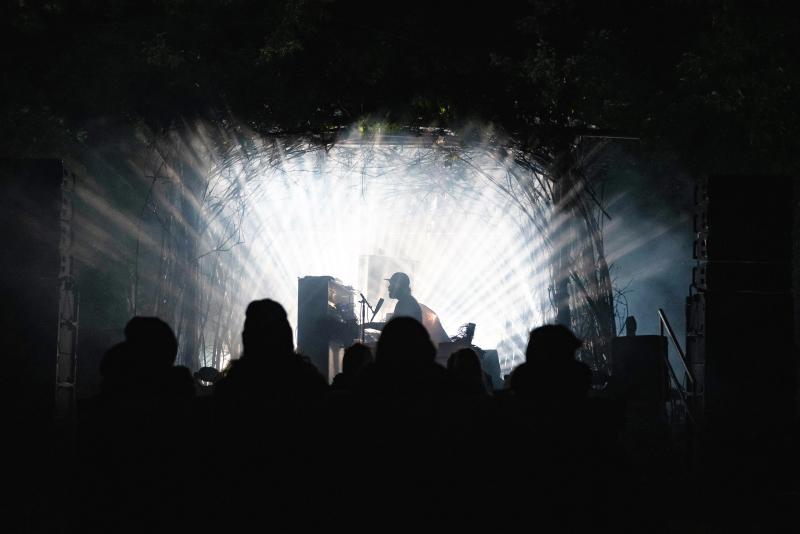 A musical journey in a magical place: this is what Patrick Watson offers, four evenings in a row, to the 250 or so lucky people who have purchased tickets for the second edition of his event in the heart of nature. Called Live at Lost River, the festival taking place in the Laurentians kicked off Thursday and runs through Sunday.

“Our job as artists is to create moments for people,” says versatile musician Patrick Watson. This is what we do with this festival which takes place in a small magical place, really, but really in the field and in the woods. And then I think I have a good perspective on what makes an event special. »

In what he describes as a natural amphitheater (a Wentworth-Nord field transforming into a mini hill), the original artist finds it important to let go of what the atmosphere prompts him to play. The place, the nature, the people, all of this influences his artistic decisions and his selection of pieces to offer to his privileged audience. Because it is a privilege to attend such a friendly event featuring, without fuss and in close proximity, musicians of great talent.

“You arrive in a beautiful field, people are eating, it's friendly, describes the 42-year-old singer-songwriter. The first part plays very simply, just guitar and voice, very humbly. Then, a second show begins on another stage placed in a field. This is where I will play this year, and people will have to walk in the forest with the musicians who will accompany them. It's something really unique. »

Another small stage planted in the middle of the forest will become the playground of his longtime friend Martha Wainwright, whom Patrick Watson describes as “one of the greatest singers in Canada and an incredible human”. Bright games, more walks in the woods and performances by the group Esmerine and La Force, “a singer who sings wonderfully”, are also on the program for these four identical (for fairness) but unique evenings. , which ends on Sunday.

It's after playing the piano in the forest with friends that the idea of ​​this festival began to germinate in the head of the artist.

If he is used to giving shows in strange places and bringing to life all kinds of experiences to his audience, the singer says he is “a little nervous” this time to find himself in the role of the organizer. The rain, among other possible unexpected events, irritates it slightly.

Last year, during the pandemic period, the first edition welcomed 150 festival-goers per evening. Next year, it is possible that the number of daily tickets will also be slightly increased, but not too much, Mr Watson wishing to favor quality (of the experience of festival-goers and artists) over quantity. < /p>