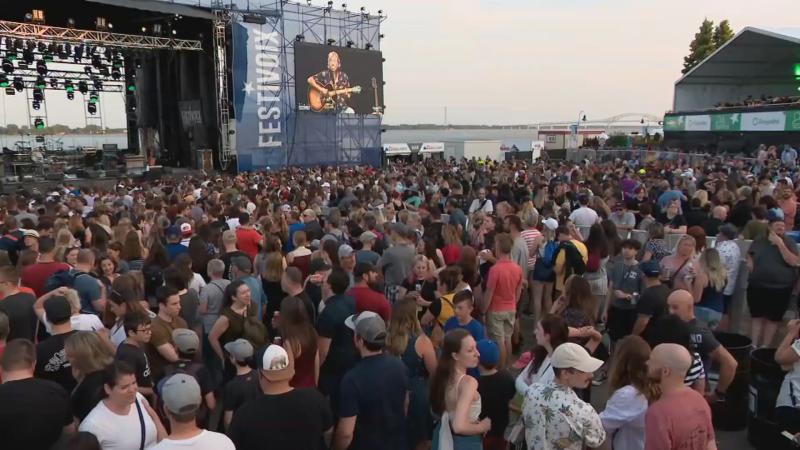 With the FestiVoix now over, merchants in downtown Trois-Rivières are reporting positively on the event. Monster traffic has given way to the best sales figures of the last two years.

When the shelves are empty, it's usually a good sign. Employees of businesses in downtown Trois-Rivières are in filling mode as sales were very strong during the FestiVoix, which was held from June 30 to July 10.

There were several festival-goers locals, but also tourists from all over Quebec. The latter were not shy about spending money in restaurants or in shops.

For many businesses, the FestiVoix period is the busiest of the year. There was a lot of back and forth. Restaurants and shops took the opportunity to extend their opening hours. This is the case of Le Brun en ville, which kept its doors open some evenings until past midnight, said manager Martine Bergeron, Monday, in an interview with the TVA Nouvelles camera.

Restaurant owners have had it a little tougher as the labor shortage hits. The owner of Le Brunch restaurant would have liked to have three times as many employees, but his team still managed the crowds well.

The “Harmonium symphonique” performance sequence at the Amphitheater Cogeco enabled merchants to prepare for the FestiVoix traffic. Companies are therefore anticipating another increase in the number of customers with the numerous performances by Cirque du Soleil, still at the Cogeco Amphitheater, starting July 20 with the show “Vive nos divas”.