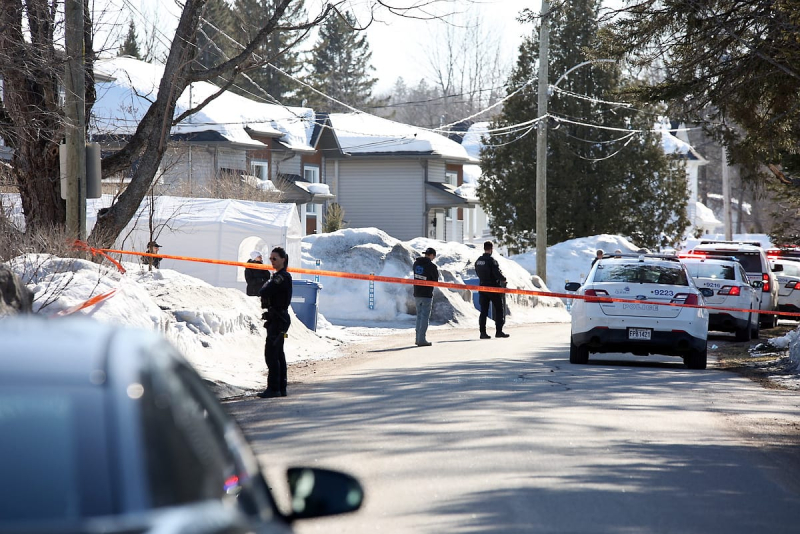 Police personnel are insufficient in Quebec City and the closure of neighborhood police stations is lengthening the response time to emergency calls on the outskirts, denounces the Brotherhood of Police Officers in a punchy letter obtained by our Office of investigation.

“Isn't a single citizen who pays with his life for the shortcomings of the police reorganization just one citizen too many? “, asks President Martine Fortier bluntly, in a missive addressed to the Chief Coroner of Quebec, Me Pascale Descary, dated May 10.

The president of the Quebec City Police Federation (FPPVQ) called for a public inquiry to shed light on the circumstances of Jacques Côté's murder.

The 65-year-old man was assassinated with a metal bar by a man in crisis, on April 6, at the end of the afternoon, in the borough of La Haute-Saint-Charles.

Time elapsed between the calls to 911 and the arrival of the first patrol officers, as well as the work of the police in this case, have been the subject of criticism, in particular from the parents of the accused, Kim Lebel.

The Bureau of Independent Investigations (BEI) has launched an investigation into this police intervention.

In his letter, Martine Fortier insists on the issues that have affected the patrol service since its reorganization in May 2020.

She first expressed concern about the average 20% reduction in the police force assigned to responding to emergency calls, while requests for mental health intervention have increased.

Depending on the time of day, between 26 and 32 patrollers divide the 549 square kilometers of territory where some 590,000 inhabitants reside, she writes.

For comparison, we finds a constant workforce of 110 firefighters in the Quebec City agglomeration. It's more than triple, says Ms. Fortier.

“Shouldn't we recognize that police officers, like firefighters, must ensure the protection of property as well as that of people and that they must incidentally have the tools and resources that are necessary? she asks.

With the reorganization of the patrol that occurred in May 2020, the patrol sectors have been abolished and the police are now centralized in lower town and Sainte-Foy.

This notably had the effect of reducing the time of preventive patrol, which “above all” allowed the police “to be present and to be able to intervene quickly in the event of an emergency”, she notes.&nbsp ;

“Isn't it legitimate to think that if the SPVQ police officers had still had areas to patrol, they would have intervened within 13 minutes? asks Martine Fortier, referring to the case of the murder of Jacques Côté.

If a preventive patrol had been in the area, wouldn't it have been “plausible” that a vehicle could have been near the tragic event and intervened, suddenly, more quickly, she recalls.

While on the day of the tragedy, the police had to take the Laurentian highway and cross a school zone at the exit of classes before arriving on the scene. This represented potential risks for road users and students, reveals Ms. Fortier.

The president also maintains that these sad events which occurred on April 6 “were unfortunately apprehended” and that “these fears had been denounced by the Fraternity since the implementation of the reorganization”.

“Is it acceptable that, in the name of the budgetary framework, the SPVQ has chosen to ignore these concerns and warnings? she says.

As a solution, the FPPVQ is wondering whether it would not be more effective to replace the current police manpower minimum in the City of Quebec with a real risk coverage plan, like what offers the fire department which, let's remember, has 17 fire stations spread across the four corners of the territory.

Neither the President of the Brotherhood of Police Officers nor the Quebec City Police Service was available to comment on the content of this letter yesterday.&nbsp ;

“ The absence of patrol officers in the Charlesbourg and La Haute-Saint-Charles stations necessarily contributed to the decrease in police presence in the outlying sectors of Quebec City, Saint-Augustin-de-Desmaures and L'Ancienne-Lorette. »

“ Would it not be relevant to reassess the real operational needs that will ensure the safety of the citizens served by the SPVQ without disparity with regard to the sector? »

« The decrease in the number of patrol officers responding to emergency calls, the distribution of complaints by proximity as well as the closing of posts on the outskirts are not without consequence. »

« Emergency driving, even if carried out with diligence and in the rules of the art, always represents a risk. Although cautious, the police are not immune to an unexpected maneuver by a user, or a child who appears between two cars. »