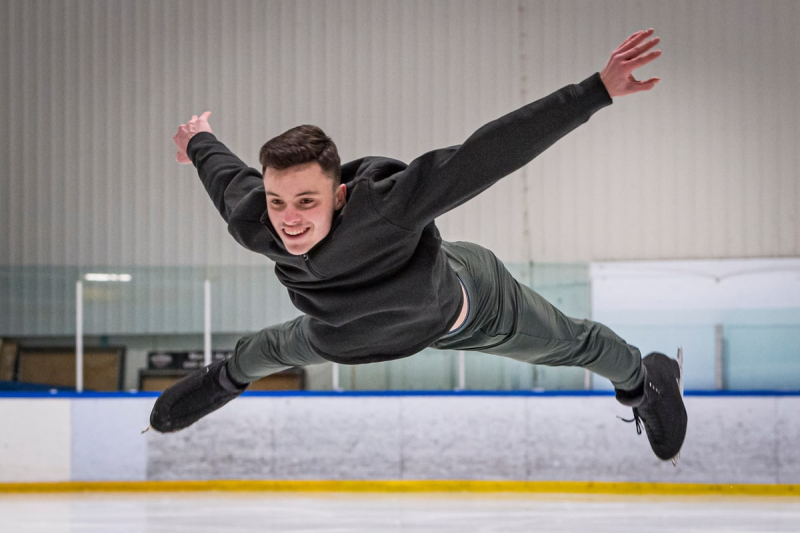 The 2022-2023 season is a busy one for figure skater Étienne Lacasse, who has managed to qualify for all competitions on the national circuit, in two disciplines. < /p>

In singles, he competed among the juniors, while in pairs, it is at the pre-novice level that he evolves with his partner Sarah-Jade Cyr.

For Lacasse, the singles season ended last week with his first participation in the Canadian championships, an experience he describes as enriching.

Barely is- he returned to training that he must already prepare for his next pair competitions.

“It's certainly very demanding, it takes energy, but I'm not ready to choose between the two yet,” said Lacasse in an interview with QMI Agency.

Thus, it should be remembered that Skate Canada has established a new calendar for its national circuit this year. Competitions at the pre-novice and novice levels are held later in order to extend the season.

“It made him compete in doubles almost all year round in singles and pairs,” explained his coach. by Yvan Desjardins.

The goal for Lacasse and Cyr was to earn a place at the Canada Games, which they succeeded. For the two skaters, it's a dream come true.

“To go there, I half believe in it. So, I can’t wait to be there to really know what the experience is,” mentioned Cyr.

This competition will be another string in the bow of Lacasse, who has already had the chance to participate in the Quebec Games. But before the Canada Games, there are the Skate Canada challenges, the equivalent of the Canadian championships for the pre-novice and novice categories.

“Every time we compete, we take experience. So, having the challenges just before the Canada Games, we can roll our programs under stress. It certainly prepares us even more,” said Lacasse.

The beginnings of the couple

The partnership between Lacasse and Cyr could have started earlier, but the pandemic changed the plans. Indeed, even though they had never skated as a pair before, they were paired up to present an opening number at the world championships which were to take place in Montreal in March 2020.

However, it was only last year that they made their debut together.

“We can see that the rise is meteoric for the short time they have skated together. Because they learned together and they developed together,” explained their trainer Stéphanie Valois.

A busy training schedule allows Lacasse to progress as much in singles as in pairs.< /p>

“Multidisciplinary is still a great challenge for a coach, because you have to match time well and you have to know how to go about it with priorities,” added Valois, specifying the importance to “know how to properly dose energy to keep athletes healthy”.