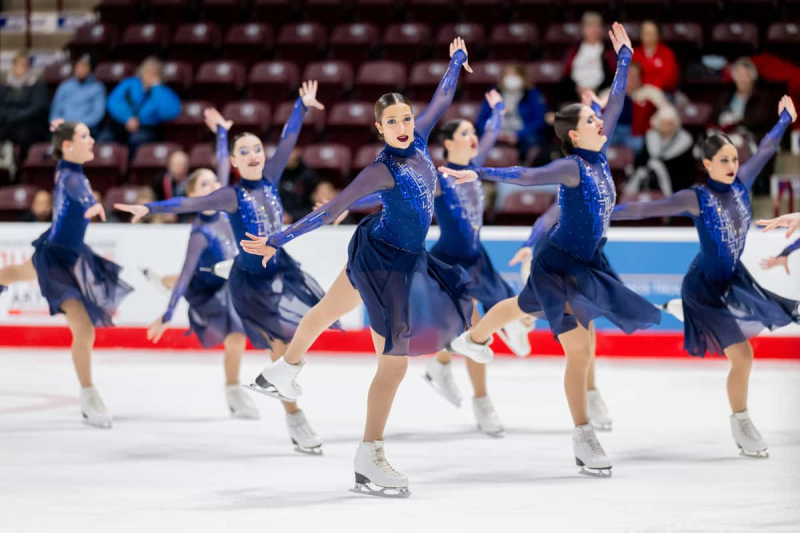 Quebec figure skaters distinguished themselves on the national scene throughout the week during the Canadian championships, a reassuring situation for Patinage Québec, which will be able to count on a great succession in the coming years.< /strong>

“At the junior level, it's a lot of young people who have performed this year. So, the future is promising, in my opinion,” said Yvan Desjardins, international level coach.

In the junior categories, each podium included at least one participant from Quebec, all disciplines combined. It is therefore a total of seven medals out of 15 that go to Quebec.

“We end the junior events with almost 50% of the medals won by Quebec athletes who train all over the province. It is reassuring at the end of a pandemic for an organization to see that we still have athletes, coaches who perform well and who develop in our sport,” mentioned Any-Claude Dion, general manager of Patinage Québec. , in interview with the QMI Agency.

For the organization, it is important to bet on the development of athletes rather than on the medals. “We do not evaluate the number of medals, but more the objectives of the athletes [and if they have achieved them]”, explained Nathalie Martin, director of high performance at Patinage Québec.

Thus, not only are the athletes taken care of at a young age through the development teams, but we also ensure the development of the coaches who supervise them on a daily basis.

“We really try to rake in all levels from the beginning of excellence in our sport to give everyone the tools to be able to develop because it is teamwork to develop athletes,” said Ms. Dion. by evoking the various players in the community, such as coaches, officials and even volunteers.

Patinage Québec also collaborates with researchers from the University of Montreal and the University of Sherbrooke as well as with the National Institute of Sport as part of the Synergie project , which aims to develop techniques that will allow skaters to achieve more difficult elements in the years to come.

Within the coaching teams, it is also important to work in teams to ensure full athlete development. “We work with a multidisciplinary team to ensure that all areas of the skaters are developed,” explained Benjamin Brisebois, ice dance coach.

You should know that mental development is everything as important as the physical one for these athletes who aim for excellence. “It's a lot of mental preparation to get there, to be able to deliver the right performance at the right time,” explained coach Marc-André Craig.