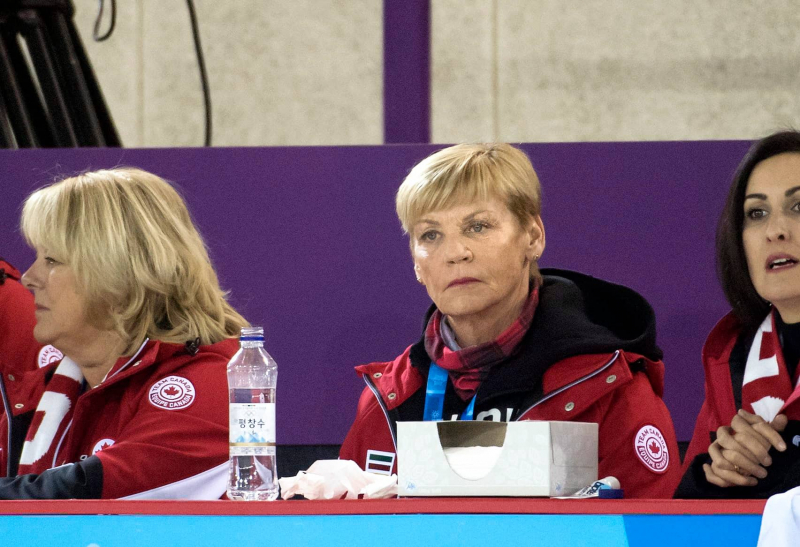 Coach Josée Picard, whose problematic teaching practices are denounced in the recent book A medal at all costs< strong>, has resigned from her position as Provincial Coaching Representative at Patinage Québec.

“Ms. Picard has tendered her resignation from the Patinage Québec Board of Directors for personal reasons,” said confirmed in an email by Any-Claude Dion, the organization's general manager. The latter did not want to comment further on the departure of Ms. Picard, which occurred on October 25, a week after the release of the book of our Bureau of Inquiry, “A medal at all costs”.

Despite her resignation, Ms. Picard is still authorized to be a coach in Canada, confirmed for its part the Canadian figure skating federation.

The general manager of Patinage Québec would not say if the coach had resigned because of revelations contained in the book, which depicts the unhealthy climate that reignedwhile Ms. Picard coached figure skating champions Julianne Séguin and Charlie Bilodeau in Chambly, until their partnership ended in 2018.

Julianne Séguin tells in this book that her trainer was obsessed with her weight and her figure. She received derogatory comments about certain parts of her body, which were never refined or cut enough for her coach.

Even after serious injuries or concussions, the skater had to be back in training as soon as possible. She still claims to have agreed to return.

Now aged 25, Julianne Séguin still experiences symptoms of concussions, including the inability to look at a screen, and suffers from anxiety attacks and severe migraines.

“Respectfully, on behalf of Patinage Québec, we will not comment on the possibility that a particular book, article, or video could have directly or indirectly influenced a specific action on the part of the organization,” said Ms. Dion. .

Skate Canada preferred not to comment on Ms. Picard's resignation. “This is a question that only concerns Madame Picard and Patinage Québec,” explained Emma Bowie, Director of Communications and Strategic Initiatives at Skate Canada.

Questioned on information reported in the book, she added that “Julianne Séguin has been a valued member of our national team program and the skating community (…) Skate Canada's commitment to safe sport is to integrate the safety and well-being of everyone in the skating culture.”

Skate Canada's mission is to mentor athletes and coaches across the country. The federation is the only one designated by the International Skating Union (ISU) as the official accrediting body for figure skating in Canada and oversees the sport's regulations and standards at the developmental and national and international levels of competition in Canada. . As for Patinage Québec, the organization is affiliated with Skate Canada in order to respect the standards. Together they receive millions of dollars in public money.

Inducted into the Canadian Figure Skating Hall of Fame in 2017, Josée Picard had been on the board for a few years and represented coaches in the province. She became known for coaching skating stars including Isabelle Brasseur and Lloyd Eisler, as well as Julianne Séguin and Charlie Bilodeau. They all went to the Olympics alongside Ms. Picard. She also went to the important Skate America competition, to accompany a couple of skaters from Canada, in mid-October.

Josée Picard did not respond to our interview request.

The general manager of Sport'Aide is not surprised that the figure skating federation does not want to give details of the resignation of one of their members or comment directly on what emerges from the book of our Bureau of investigation.

“It is often the law of omerta [dans le sport] because we know such and such. Everyone knows each other so unfortunately it is a reflex to want to protect themselves, to protect people or decisions taken in the past that are difficult to justify over time. Unfortunately, it is common to come up against opacity [of the federations]”, explains Sylvain Croteau, who says he has read the book “A medal at all costs”. This is why we have put in place services such as the Independent Complaints Officer to help victims speak out.”

“What is sad is that there are other athletes, other Juliannes somewhere, he continues, referring to various scandals, notably at Hockey Canada or Water Polo Canada. Now, how can they trust their club or federation and the process when it feels like everything is hidden from us? In such a context, it is normal for an athlete to doubt that he can ask for help in peace. In short, we have a lot of work to do.”

As a sign that there is an urgent need to act in the sports world, a parliamentary committee in Ottawa will begin on November 17 a study on the physical and mental health of women in all sports across the country.

MPs on the Standing Committee on the Status of Women want to table a report on how best to address the issues of abuse and harassment in sport. Sports Minister Pascale St-Onge is on the list of people who will be called to testify before parliamentarians. The idea, proposed by Bloc Québécois MNA Andréanne Larouche, was unanimously received by the elected members of the committee.