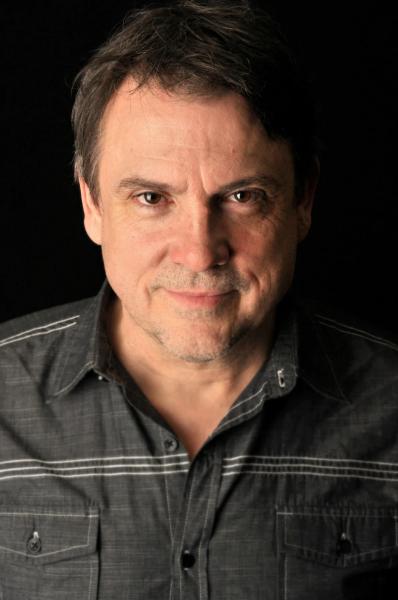 For his comeback after a hiatus due to burnout, actor Claude Legault reunited with Podz on Sunday in Quebec City on the first day of filming Club illico's new dramatic comedy About Antoine, who will immerse us in the daily life of a family living with a child with multiple disabilities.

Fans of the comedian are eager to see him back on the small screen, and the fact that he's being directed by Daniel Grou, aka Podz, adds to the excitement after their TV classics 19-2 and Minuit, le soir.

The five-star cast of About Antoine was first announced on the show Sucré Salé , Monday evening, the day after the first turn of the crank. Claude Legault replies to Micheline Bernard, Hugues Frenette, Fanny Mallette, Sylvain Marcel and Iannicko N'Doua.

The young Edouard-B. Larocque and Christopher Marlot are also part of the adventure, as well as Cathleen Rouleau, who writes her first TV series inspired by her own life, in addition to camping Julie, the stepmother of Antoine, a 15-year-old teenager. who is grade 3 autistic, intellectually disabled, non-verbal, and high-functioning epileptic.

It is through the eyes of Julie as the new spouse of Marc (Claude Legault) that the action is largely articulated. “She is catapulted into this family and does not really understand what she is getting into. For her, there is no problem, but at some point reality waves to her!” said Cathleen Rouleau in an interview with the QMI Agency.

In About Antoine, the latter recounts her relationship with a lot of love, humor and light. with Sylvain Parent-Bédard, the founding president of ComediHa!, in Quebec, and her two sons, Charles and Antoine, with whom she has lived for eight years.

“It will be funny, touching, people will cry sometimes, but above all we want to laugh. […] Everything is about Antoine, but there is also a great family story through it. All the members of my boyfriend's family are characters, they are very colorful people, so I wanted to show this extraordinary family, ”recounted the author, who was supported by Benoit Pelletier at the script- edition.

A first role for Antoine

Interestingly and ensuring a lot of authenticity to this production, it is the real Antoine, Antoine Parent-Bédard, who will appear in the series. And as we wanted to make things easier for the 15-year-old, the filming takes place in the family condo where everything is already adapted according to his needs.

“I thought that only Antoine could make Antoine, because he has something very special in his eyes, in the way he moves and expresses himself, he is a child who leaves no one indifferent, who is very bright. The series was written based on its mechanics; we only ask him to exist, to shine his light”, mentioned Cathleen Rouleau, who also wanted to address diversity and make Quebecers aware of the cause of people with multiple disabilities, in particular everything related to universal accessibility.

As it's a family story, ComediHa!, in collaboration with Quebecor Content, is producing the 10 half-hours of About Antoine. We'll have to wait until next year to watch the plots of the first season on Club illico.

Remember that we recently learned that the format of About Antoine was sold in France before filming even began on the first season in Quebec.