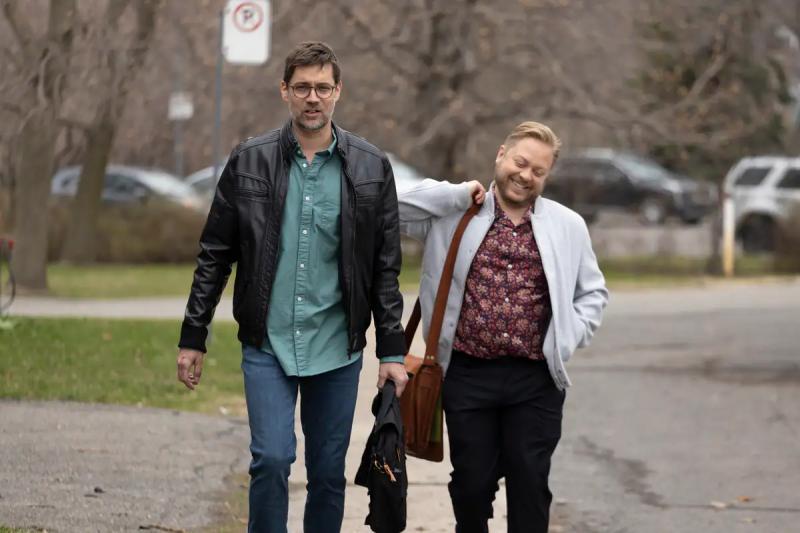 Did Jade, Joëlle and Jean-Simon survive the collective suicide organized by the latter in a house near Banff, Alberta, a dramatic gesture that is reminiscent of the sad fate reserved for members of the Order of the Solar Temple in the 1990s?

From Monday we will get answers to this question with the return of L' Breakaway for its seventh and final season on TVA. One thing is certain, not all members of the sect survived, confirmed author Mylène Chollet.

“Of course there are deaths, but those who are still alive will face an afterlife, both in what they have to live and understand in relation to the situation in which they were caught, but also compared to the eyes of others”, she underlined, adding that “a village like Sainte-Alice does not recover from this unscathed”.

Three months have passed since the tragic events. The investigation has progressed and we learn more about the dark designs of Jean-Simon Beausoleil (Steve Gagnon) who, from the start, did not come to Bas-Saint-Laurent by chance. Having heard of the devastation wrought by the late psychopath David Lelièvre (Patrick Hivon), he knew that there was fertile ground there for manipulating a population in a state of shock. And Jade (Charlotte Aubin), David's daughter, was prime prey for him.

The author has a lot of thread to tie to conclude L'Échappée. She wants to continue to evolve the characters towards the light, at least those who are on the right path.

This will be the case for Claudie (Kelly Depeault) and her mother Martine (Sophie Bourgeois), who is back in Sainte-Alice. “Both have evolved a lot, but Martine remains Martine. She's always going to shenanigans, but this time it's to help the people she loves,” said Ms. Chollet, who had participated in the creation of “L'Échappée” and who, after being occupied elsewhere for seasons 3 and 4, returned to replace author Michelle Allen. This return coincided with the departure of Brigitte Francoeur (Julie Perreault), the main character of L’Échappée.

Noémie (Anick Lemay) and Clément (Rémy Girard) will return from Costa Rica. “We are going to try to come full circle,” confirmed Mylène Chollet, who is known for having worked on the series Fugueuse and Le jeu.

Sonia (Marie-Claude Guérin), who has evolved for the better, will continue to be well despite the ups and downs of life. It will therefore happen for the best with Thomas (Sylvain Marcel). Marc (Stéphane Gagnon) and Macha (Bénédicte Décary) will also taste happiness. Chloé (Schelby Jean-Baptiste) will get better and will even return to work at L'Échappée.

On the other hand, Robin (Jean-François Nadeau), whom Mylène Chollet describes as the “guardian of our continuity” because he has been there since the start of the series, will question himself and will continue to live a mirror effect with Manu (Sam-Éloi Girard) in relation to his past. “Robin has been at L’Échappée for 16 yearsand 20 years supporting young people. He feels hit by the limits of the system.”

We will also follow the trajectory of police officers Gisèle (Chantal Fontaine), Maya (Sophie Cadieux) and Richard (Pierre-Yves Cardinal), in addition to take an interest in a new investigation into a crime committed during a live social media broadcast. This will bring in L’Échappée veterans Sonia Vachon and Stéphane Breton as well as the young actor Mathéo Piccinin-Savard. Karine Gonthier-Hyndman and Émile Schneider will also defend new characters.

Pinch in the heart

When the author spoke with the QMI Agency, she had just completed the 16th episode. If she has “a big twinge in her heart” and feels “privileged to have such a large pool of 'fans' for the past seven years”, it also comes with a duty of consistency and responsibilities, she said, “because [she] doesn't want to disappoint the public”.