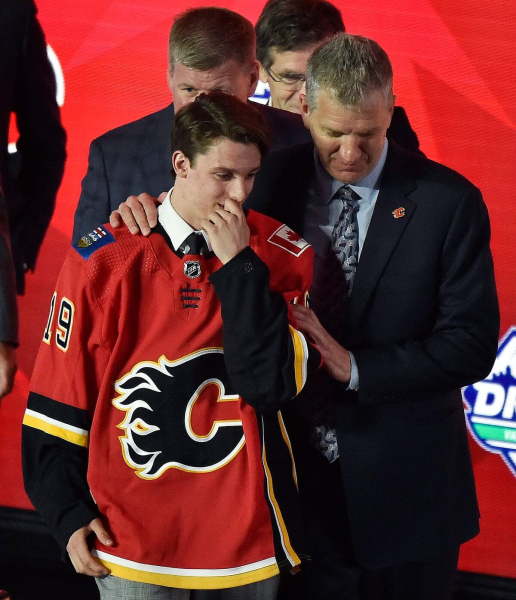 Two weeks after his recall by the Calgary Flames, Quebec forward Jakob Pelletier could make his National Hockey League (NHL) debut on Saturday against the Tampa Bay Lightning.

The 21-year-old left winger could certainly start to find the time long, he who was recalled on January 7 before a five-game trip to the United States, but who has still not been slotted into head coach Darryl Sutter's roster.

But Pelletier trained alongside Trevor Lewis and Walker Duehr on Friday, suggesting he could finally be used. Questioned about this by journalists at a press briefing, the native of Quebec indicated that he was not “100% sure” to start the next meeting.

Also polled by the network Sportsnet associate coach Kirk Muller said an official decision would be made on Saturday afternoon.

Pelletier, in his second year as a pro, is dominating again this season in the League American. In 31 games with the Calgary Wranglers, the Flames' first-round pick (26th overall) in the 2019 draft has amassed 34 points.