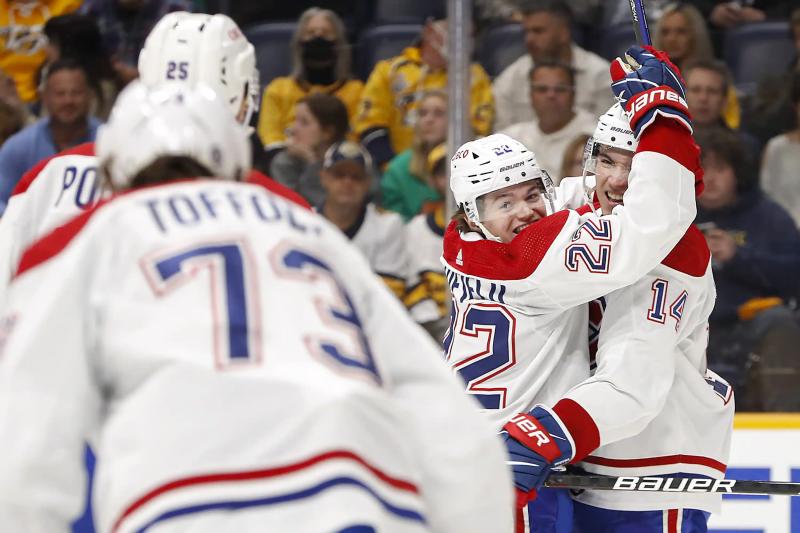 A few days before the opening of training camp, no one predicts the Stanley Cup or a place in the playoffs for the Canadian. A new era is beginning for this organization with a glorious past. For the first time in its long history, the Habs are going through a true reconstruction phase.

For a long time, the term was taboo in the offices of the Bell Centre. Even today, Kent Hughes dares not utter that word.

Nevertheless, the Canadian is well and truly there. Although it happened by force of circumstance. It was not in the cards after his surprise appearance in the Stanley Cup Finals in 2021.

But when Carey Price and Shea Weber fell in the field of honor, put out of action by incurable wounds, the team fell to the bottom of the precipice.

There are some to say that it should never have happen.

Let's face it instead.

Since winning the cup, the Habs have been a midfield formation at best.

The team has missed the playoffs 11 times over the past 27 seasons. That's three more exclusions than in his first 77 seasons in the National League.

Apart from the Bruins, the four other original NHL teams, namely the Leafs, Rangers, Red Wings and the Blackhawks, have had to make a major overhaul of their roster in this millennium.

Three-time Stanley Cup winners between 2010 and 2015, the Hawks are in a second phase of reconstruction.

The consistency of the Penguins

The Pittsburgh Penguins claim the longest active streak of playoff appearances with 16.

That's the highest among the major leagues in North America.

Sidney Crosby, a generational player as he does almost every 10 years, obviously has something to do with it.

The Penguins have been able to surround him well over the years. Players like Evgeny Malkin, Marc-André Fleury, Kris Letang and Jake Guentzel, to name a few, have contributed greatly to this beautiful continuity that characterizes the organization.

But the Penguins suffered before reaching the top. This is the price to pay for any team in recovery mode.

The first pieces are here

The fans du Canadiens must get used to the idea that the next few years will bring their share of inconveniences.

How long will it last?

The leaders of the Canadian cannot quantify it themselves.

On the other hand, the next few years should bring real hope to the highest heights, which we haven't seen in Montreal for a long time.

Fans have already been won over by Nick Suzuki and Cole Caufield.

Juraj Slafkovsky has a size like no other. haven't seen it often among attackers to have worn the blue, white, red jersey.

Let's give him time to adjust to the NHL's style of play and smaller rinks.

Time will tell, but I daresay that, unlike Alex Galchenyuk and Jesperi Kotkaniemi, he will meet expectations.

Why would Slafkovsky be more successful than the other two?

Because that Martin St-Louis has the qualities to put the players in confidence.

We saw it with Caufield.

St-Louis is the type of coach the Canadiens need in the current context. He will be the first to say that he still has a lot to learn.

On the other hand, he knows how today's players think and how things are done in the locker room. He has fully experienced it during the 17 seasons he has played in the big league.

His new assistant Stéphane Robidas has a good head too. He should be a good teacher for young defenders like Justin Barron and Jordan Harris, who we saw with the big club last season and expect to see again in training this year.

Still on defense, it will be interesting to follow the progress of Kaiden Guhle and Arber Xhekaj, who have completed their junior internships, as well than that of Mattias Norlinder.

We must no longer live in the past. It was wonderful while it lasted.

Now we have to move on.