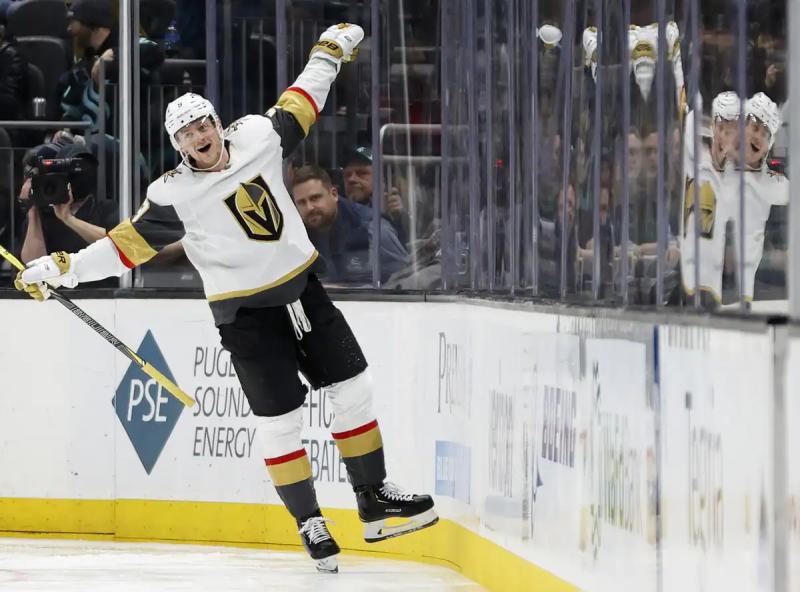 Jack Eichel has found some normalcy this summer and the Vegas Golden Knights forward is very happy about that.

Over the past few years, COVID-19 has significantly disrupted the activities of the National Hockey League (NHL). Then, last summer, the American had to fight against the Buffalo Sabers, his team at the time, in order to undergo the surgery he wanted to treat a neck injury. But the Sabers refused, and the story ultimately ended with the mega-deal that sent him to Nevada.

Operated in November, he was able to return to play at the end of the season. Now he's just happy to be able to prepare normally for his eighth NHL season.

“It's been a great offseason,” he said in an interview with the site NHL official. So it's going well. The body feels good. It's good to be healthy and looking forward to the season.”

Returning to action in February, Eichel found it a bit difficult to get going in his first games with the club. Thus, in 34 games, he was limited to 14 goals and 25 points. A performance that could satisfy many players, but not Eichel.

His rehabilitation and a fractured thumb certainly had their say in this performance below expectations.

“Listen, I'm not going to make excuses,” Eichel began by saying. I don't think I played well last year in terms of expectations of myself and I'm sure the public opinion is probably quite similar. They expect more from me, and rightly so.”

“Having said that, I had major spine surgery after not playing for a year and following that, I played for three months. So it's quite fast. And you know, like anyone who's had surgery or been through an injury, it takes a long time for you to feel like yourself again.”

Eichel has also revealed that he developed some bad habits to compensate for the lack of mobility and the pain caused by the injury he is having difficulty getting rid of. However, he is confident to find his bearings after a few months of training.

“It was a great summer trying to rewind a lot of things that may have come with the injury, giving me more time to heal and more time to rehab and keep trying to feel like myself.”