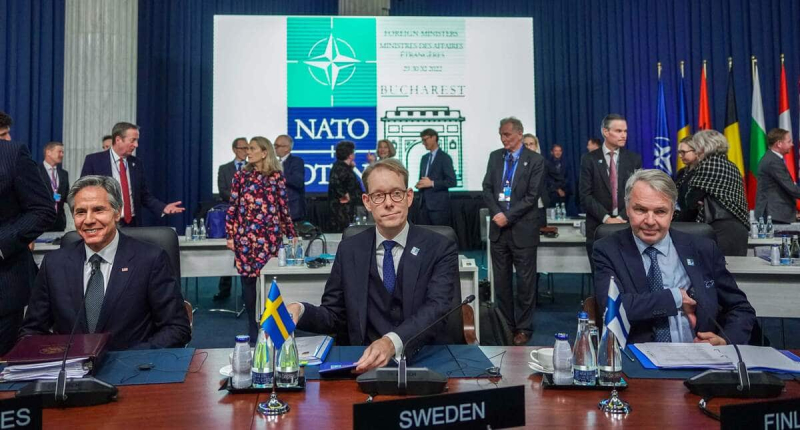 Finland must consider the option of joining NATO without Sweden, its foreign minister said for the first time on Tuesday after the Turkish president ruled out a green light from Ankara to the Swedish candidacy.

A joint membership of the two Nordic countries remains “the first option”, but “we obviously have to assess the situation, if something has happened which means that in the long term Sweden can no longer move forward”, affirmed the head of diplomacy Pekka Haavisto on public television Yle, judging however that it is “too early to take a position”.

The burning of a Koran by a right-wing extremist during a demonstration – authorized by the police – Saturday near the Turkish Embassy in Stockholm sparked strong protests from Turkey and the Muslim world.

Turkish President Recep Tayyip Erdogan said on Monday that Sweden could no longer count on Ankara's “support” after this incident, which adds to another caused by a video of pro-Kurdish activists in mid-January.

These protests are an “impediment” to NATO bids and the “protesters are playing with the security of Finland and Sweden,” Haavisto lamented on Tuesday.

“My own conclusion is that there will be a delay (for a Turkish green light), which will certainly last until the Turkish elections in mid-May,” he acknowledged.

Unlike in the case of Sweden, Turkey has expressed in recent months that it has no major objections to Finland's entry into NATO.

As the 30 members of the alliance, Ankara must ratify the entry of any new member, having a de facto right of veto.

Helsinki had however so far refused to speculate on the option of an entry without Sweden , emphasizing the advantages of joint membership with its very close neighbour.

In May, the two Nordic countries submitted their candidature on the same day to NATO headquarters in Brussels, as a direct result of the Russian invasion of Ukraine, putting an end to decades outside of military alliances.

A memorandum of understanding with Turkey was signed in June in Madrid, but Ankara, which blames the Sweden of being e a haven for Kurdish “terrorists”. But Ankara considers Swedish efforts to respect it insufficient.