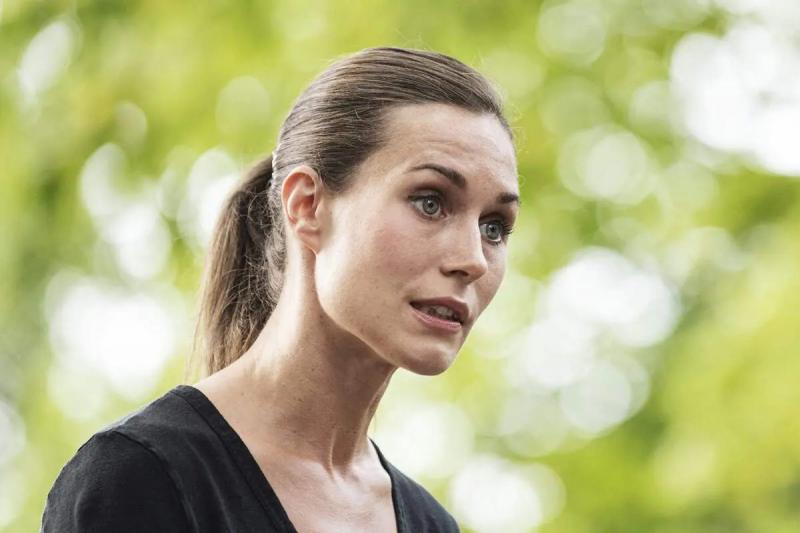 Finnish Prime Minister Sanna Marin apologized on Tuesday for a controversial photograph taken at her residence, less than a week after a video of her partying emerged that sparked an avalanche of criticism.

The photo released by Finnish media shows two women kissing, taking off their tops to bare their busts and covering their chests with a “Finland” sign.

Ms Marin, 36, has confirmed on Tuesday that the photo was taken at her official residence in Kesaranta, after she attended a music festival which ran from July 8-10.

“I think the photo is inappropriate, I apologize. This photo should not have been taken,” Marin told reporters in Helsinki.

The Prime Minister explained that at that time, “friends” were in her residence to “spend the evening” there and “go to the sauna”.

The photograph was first published on a TikTok account by an influencer and former contestant for the Miss Finland pageant, who herself appears in the photo.

In an editorial published on Tuesday, the most important Finnish newspaper, Helsingin Sanomat considered that Ms. Marin seemed to not “see control of a situation where different materials may still be held by different parties”.

Ms. Marin made headlines last week when a leaked video showed her dancing and partying with friends and celebrities.

The critics say it's not fitting for a PM. pic.twitter.com/FbOhdTeEGw

Some had interpreted comments heard in the video as referring to narcotics, which had been the subject of heated debates on social networks and caused the Prime Minister to take a drug test on Friday to “dispel any suspicion”.

“Prime Minister Sanna Marin's drug test dated August 19, 2022 did not reveal the presence of drugs,” Marin's office said in a statement, adding that the results had been signed off by a doctor. .

Her way of dancing was judged by some as unbecoming a prime minister while others defended her right to entertain with friends in a private setting.

Seiska writes that Marin, who is married and has been in that relationship for 18 years, was seen in many questionable situations.

Ms Marin has so far enjoyed the support of her party, the Social Democratic Party (SPD).

Antti Lindtman, leader of the SDP group in parliament, told a conference that the prime minister had the support of her group.

“I don't see a big problem with her dancing with friends at a private event,” he said.

Ms. Marin, the world's youngest head of government when she assumed the post in 2019, has already come under fire from critics for parties at her official residence.

In December 2021, Marin was criticized for dancing until dawn when she was a contact case for COVID-19.