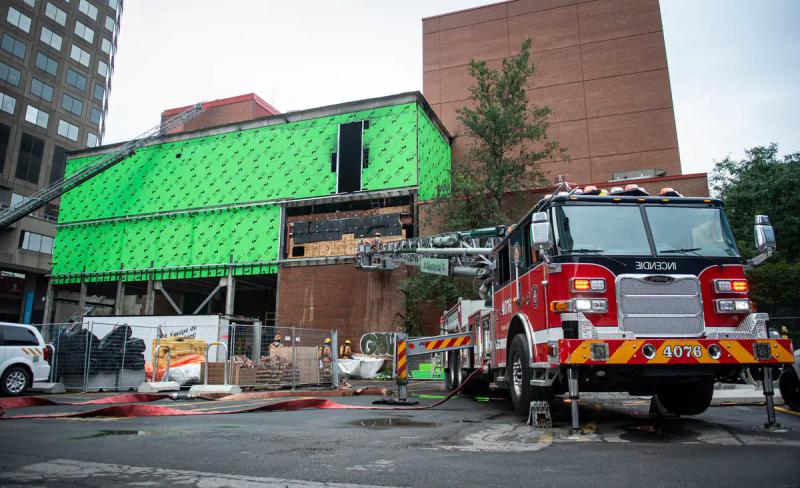 A fire broke out on Thursday morning at the Théâtre du Nouveau Monde, in the entertainment district, in Montreal.

According to preliminary information, the blaze broke out around 7:30 a.m. in the expansion of the theater, which is currently under construction, at the intersection of Sainte-Catherine and Saint-Urbain streets.

“The embers would have come into contact with insulation urethane, and it quickly spread,” explained Patrick Fournel, section chief of the Montreal Fire Department (SIM), in an interview with TVA Nouvelles.

Fortunately, the flames did not spread to other areas of the building.

L he fire that broke out at the TNM is now under control. Fire department crews work to clear smoke.

“We are waiting for the operation to end to see the extent of the damage inside [the performance hall]. Did the smoke make it into the room? That remains to be determined,” added Mr. Fournel.

A second alarm had to be triggered by the Montreal Fire Department (SIM), which meant that approximately 90 firefighters were on site to control the blaze .

The fire was brought under control around 8:10 a.m.

Mr. Fournel said no one was injured and everyone was able to quickly evacuate the scene.
It was believed to be an accidental fire.