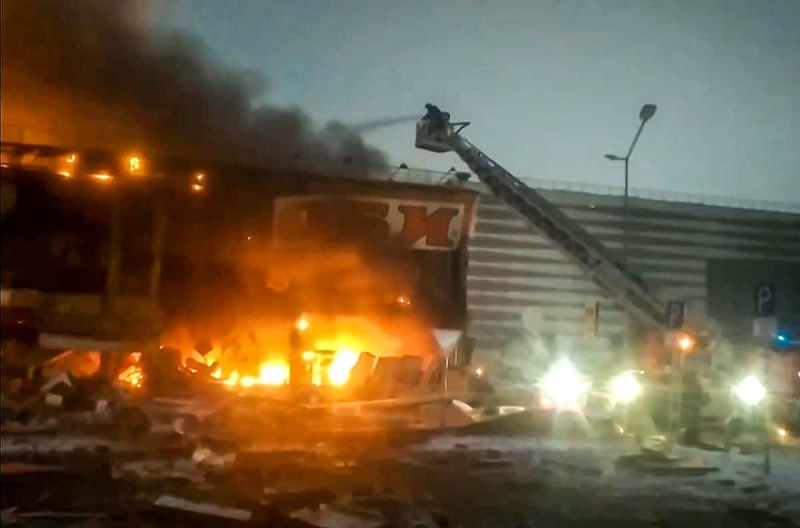 The Russian emergency services suspect that a “criminal” act is at the origin of a large fire which started overnight from Thursday to Friday in a shopping center in the suburbs of Moscow , killing one person according to Russian media.

“Firefighters are fighting a fire with an area of ​​7000 m2 in the Moscow region,” the Russian Ministry of Health announced on Telegram. Emergency situations, without initially confirming the death toll mentioned by the Russian media.

The fire raged at the Mega Khimki shopping center, in the suburb of Khimki, north of the Russian capital, seven kilometers from Sheremetyevo International Airport.

“Due to the collapse of the roof, the fire instantly spread to a large area,” the ministry said on Instagram , citing the difficulty of firefighters working on the spot.

“Deliberate acts, such as arson, are being considered,” the agency said. Interfax.

The Sputnik agency specified that a criminal act was “one of the main explanations” considered for this fire.

State agencies then mentioned a violation of safety standards as the possible origin of the fire.

Videos posted on social networks showed a large fire as people fled from a burning building towards a car park.