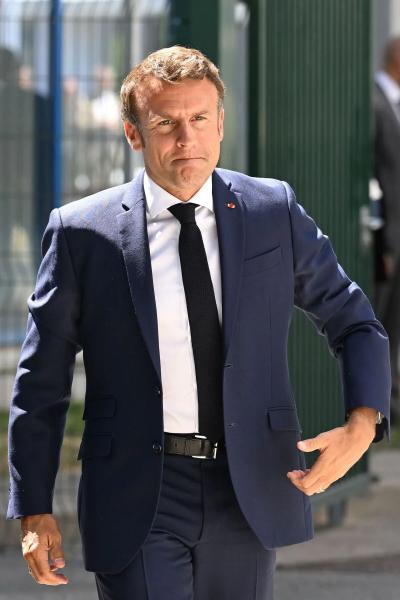 French President Emmanuel Macron will travel to Gironde, in the south-west of the country, on Wednesday afternoon, “alongside firefighters, civil security personnel, law enforcement , elected officials and all those mobilized” against the gigantic fires, the presidency announced on Tuesday.

The president asked his government team on Tuesday morning “to continue and to further strengthen the action taken to fight the fires in Gironde while increasing the national capacity for action for the weeks to come”, according to the presidency.

The two gigantic fires which have been raging since July 12 in Gironde burned 19,300 hectares of forest. Some 6,500 hectares were destroyed in La Teste-de-Buch, near Arcachon on the Atlantic Ocean, and 12,800 in the Landiras sector, further south, according to a last assessment Tuesday morning from the prefecture.

More than 34,000 people, residents or vacationers, had to leave their homes because of these two fires, which did not cause any casualties.

About 2,000 firefighters, from all over the France, and significant air resources (8 Canadair and 2 Dash) were mobilized on Tuesday.

“For more than a week, the mobilization, solidarity and commitment of all the living forces of the nation mobilized on these fires are exceptional and exemplary”, underlined the French presidency.