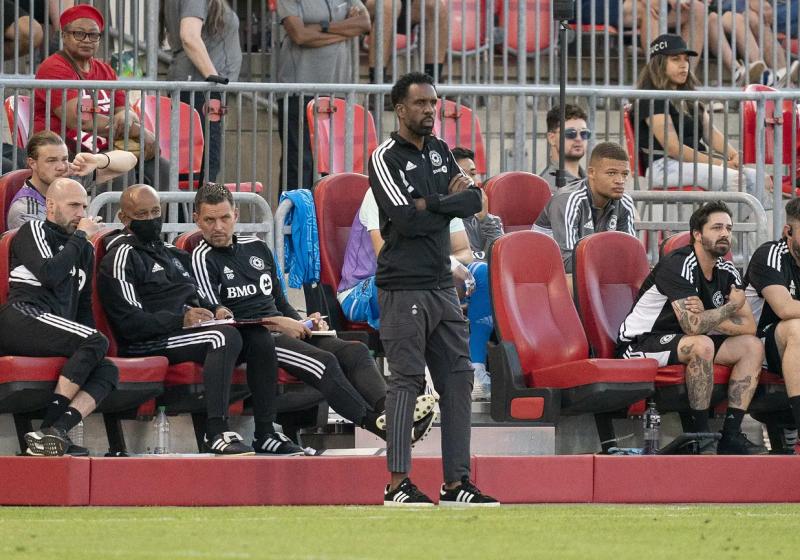 Despite a wave of pessimism across the league towards CF Montreal, the latter still managed to qualify, and through the big door, for the MLS playoffs.

Wilfried Nancy's men secured their place in the post-season tournament in style, and it's thoroughly deserved. And if the playoffs are like the regular season, we can expect great things from CF Montreal.

The club was able to celebrate a little more than usual after a 2-2 draw against the Columbus Crew, who are quite a difficult opponent, who played very well and who gave themselves a good chance of victory due to a two-goal lead. Despite all the good work of the Crew, the red card he got changed everything.

As in Toronto, CF Montreal returned to the score. But it was more complicated, because the rivals' two-goal lead was in the second half. But, once again, the red card, completely useless due to a decision that lacked intelligence, gave the Montrealers the chance to continue to believe, despite two nets of deficit. After the Crew's second goal, we saw that the heads of the CF Montreal players went down, but hope and enthusiasm returned afterwards.

At this time, Wilfried Nancy inserted the most attacking players possible into the game. And, conversely, the Crew wanted to protect their lead with good defensive players. Thus, the Ohio formation defended closer to its goal, and CF Montreal sent a lot of balls into the penalty area of ​​this opponent.

Montreal's two goals weren't necessarily lucky, but there were changes in the direction of the ball. However, CF Montreal went there in quantity and that increases the chances of scoring a goal.

During this meeting, we witnessed something that is still quite rare. CF Montreal midfielder Victor Wanyama was beaten twice in one-on-one aerial duels. The first time around, James Pantemis saved the day with a superb save; the second time it led to a Crew goal. Normally, Wanyama is excellent in the air, because he is a strong and solid guy.

Now the technical staff, with Wilfried Nancy in the lead, will have to continue making complicated decisions. I can't wait to see the result of this tactical and strategic reflection: how will the last four games of the season be managed, now that the team has its ticket to the playoffs?

Will the club keep pushing to secure second place in the standings? Or will there be a greater rotation to put on the pitch some players who haven't had many minutes, such as Zachary Brault-Guillard, Matko Miljevic, Joaquin Torres, Mason Toye and Gabriele Corbo?

A greater rotation could ensure that some players will be ready for the playoffs in the event of regular injuries. A fortiori, players Wanyama, Romell Quioto and Alistair Johnston, in particular, could get some rest.

I think CF Montreal will try to secure their second place in the Association standings from the east. They have a three-point lead and a game in hand over the New York Red Bulls and won't face the top teams until the end.

In case of victory against the Chicago Fire , on Tuesday, I believe there could be more rotation between players going forward.

But, as always, these are tough decisions.