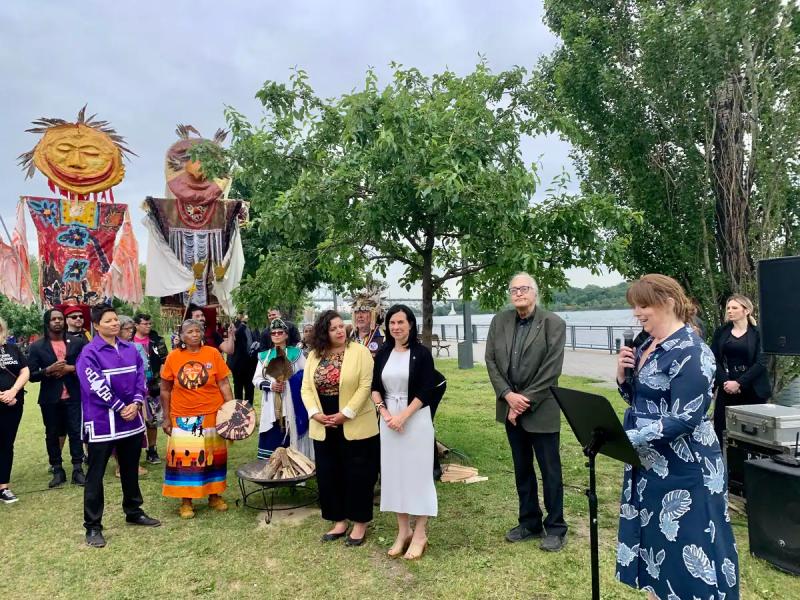 The National Indigenous Peoples Day celebrations took place on Tuesday to the sound of traditional drums and songs. The people of Montreal were invited to join in the dance to show their support for the First Nations.

“We are reviving very old traditions. These are the roots from which we have sometimes been cut, but there is currently a period of rebirth of cultures, “said André Dudemaine, co-founder of Terres en Vues, ​​an organization dedicated to the dissemination of Aboriginal culture, he himself is even of Innu origin, from the community of Mashteuiatsh.

The event also allowed the people present to celebrate the Sun on this solstice day. An important ceremony in indigenous traditions to ensure the order of the world and the permanence of the Sun.

“It is a moment of meeting and exchanges. A moment of reconciliation too, since we know that there are still many historical falsehoods on which we should build solid bridges, ”said Mr. Dudemaine.

He also recalled that the celebrations are also a way of forging friendly ties “with the population with whom we share the same territory”.

The Mayor of Montreal, Valérie Plante, was also present, recalling the path that is still to be done to enable reconciliation with the First Nations.

“These days are an opportunity to highlight the Aboriginal presence and to recognize the thousand-year-old history of the First Peoples. This contribution is undeniable, and we must talk about it. We must continue to show this contribution over time,” she said.

Grand Chief Kahsennenhawe Sky-Deer of the Mohawk Council of Kahnawake urged governments to more to build and repair relationships with Indigenous peoples.