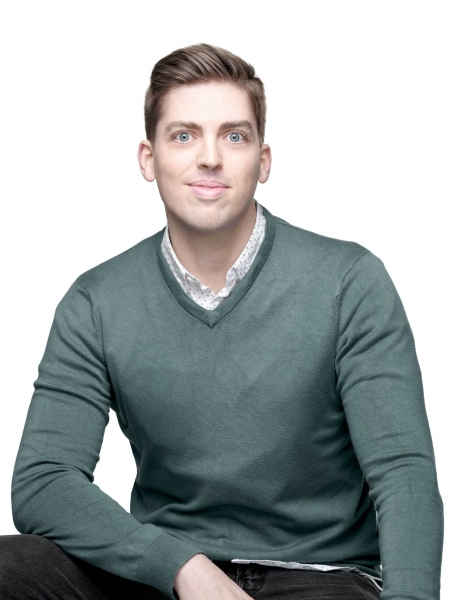 Driven by a passion for writing and travel, Benoit Picard took up the challenge of writing a light, funny and entertaining first novel with Aller simple pour the unknown. It recounts the amazing discoveries made by Rosalie, 28, and her best friend Clara, who put their lives on hold to travel around the world. They go from discovery to discovery and from meeting to meeting, and as in all travels, the unexpected is at the rendezvous.

Although she is in a relationship and has a stable job, Rosalie is not well. She realizes that she is not happy and decides to go on an adventure with her friend Clara. Somewhere between Europe and Asia, plans change and Rosalie pursues her adventure on her own. A meeting with a handsome Australian changes the game… but it seems that the handsome Liam has some secrets about his past.

“There are two things that really made me want to write this novel”, he reveals in an interview.

“First, I am a travel enthusiast and I wrote the book in the context of a pandemic, where it was not easy to travel. […] I wanted to relive a little bit the places I had been to internationally.

At the same time, he had in mind the characters of Rosalie and Clara.&nbsp ;

“I found it interesting to tell the story through the eyes of Rosalie and her friend Clara.”

Benoit explains that he has been writing for some time. He liked to make his characters evolve and react, while questioning himself on what he would have done in their place.

“I was surrounded by a female team at Hurtubise, to make sure my characters reacted like Rosalie, an almost 30-year-old girl. My wife also helped me.”

He became friends with his characters… especially with Clara, who has some surprises for readers.

“She influences the story quite heavily and at first I didn’t plan for this character. It completely changed the story. I would love to be his friend, actually! She has a certain naivety, but at the same time she is a go-getter.”

“What I like about Rosalie and Clara is that they are independent girls who don't have afraid to go after their ideas. These young women are also inspired by the female models who surrounded him, he adds, like his spouse, his mother, his mother-in-law.

Benoit Picard agrees: travel changes the vision of the world, the vision of life. “It makes you discover new cultures and you also learn more about yourself. It's quite universal even if the novel is mainly aimed at a female audience: I myself had this questioning about my life, about what I really want. Is it my goal in life to have a house and two cars or do I want something else?”

The 37-year-old novelist observes this kind of questioning a lot among his friends, but also among the younger generations.

“My sister-in-law and my brother-in-law, who are in their twenties, have a lot of these kinds of questions too.”

And he also believes that the pandemic has hurt people who are used to traveling abroad often.

< p>“Several people tell me that the novel brought them back on their travels. Or they tell me that they haven't traveled much, but that while reading, they had the impression of being with the characters, of traveling and living alongside them.”

“I often thought about life that I had left behind: my work, my family, my ex and my friends. I didn't know if I had made the right decision in giving up everything I had; anyway, it was too late to go back. I had planned my next month of travel, but beyond that, I had nothing in front of me. I sometimes wondered what I would do when I stopped traveling the world, a question I preferred to think about as little as possible, since I had no idea. Clara had managed to convince me that we would have time to worry about these details when we were down to a penny.”