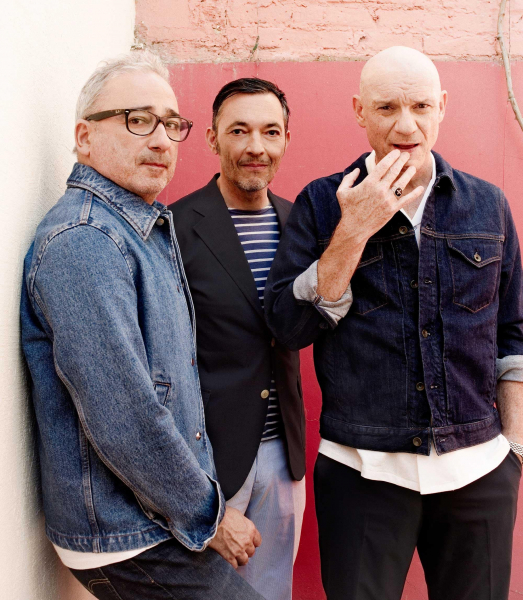 The members of Louise Attaque are rather rare. Because their very first album was celebrating its 25th anniversary, Gaëtan Roussel, Arnaud Samuel and Robin Feix took the opportunity to get together and, why not, try to record their first album in six years. Here they are arriving with Planète Terre, a rather sturdy opus that they will carry around on tour next spring.

Gaëtan, Arnaud and Robin take their places in front of the screen for our remote interview on Zoom. Unsurprisingly, the French musicians are threading the interviews these days to talk about their new album.

Planète Terre came from a meeting last spring, to celebrate the 25th anniversary of Louise Attaque, the group's first album, which includes the mega hit J't'emmène au vent as well as the other successes Ton invitation,Léaand Parisian nights.

To celebrate the occasion, the trio decided to perform last April… six concerts on the same day at the Élysée-Montmartre in Paris!

“We wanted to do something a little unusual,” says Arnaud Samuel. There was a central round stage around which people could gather, like around a birthday cake.”

“The free [concerts], it was to say thank you, adds Gaetan Roussel. The six concerts in the same day, it was to be a memory, we hope, for all those who came. And for us, it will remain one. We had never done it and it is not sure that we will do it again.

As reunions have become rare in recent years, the musicians then took the opportunity to strike the iron while it was hot. They have set themselves the goal of working on new songs over a period of 25 days.

“We met at my house, in my house in Arles, in the south of France, says Arnaud. We wanted to see if at the end of these 25 days, we could or not claim to make an album. It turned out that at the end of these four sessions, we had something which resembled an album and which could pass in a second phase.

The album which appears this week, Planète Terre, is Louise Attaque's fifth in 25 years. The group often took long breaks, including an 11-year break between See you later crocodile (2005) and Anomalie (2016). What explains these long stops?

“When we left the 2006 tour, we went to the studio and it didn’t work, mentions Gaëtan Roussel. It created so much inertia.”

The title Planète Terre refers to Louise, the character of the group, who observes the world, mentions Robin.

“What interests Louise is more what happens between humans.”

I'm taking you to Quebec

In the spring, the band will embark on a European tour where they will perform two-part shows. The first will feature the entire debut album. The second will give pride of place to the titles of Planète Terre, without forgetting other songs from the other three discs.

With all that, is a passage in Quebec planned?

“To be honest, we did not ask the question, answers Gaëtan. We always loved [going there]. We have always been made very welcome. We would come with heart. In what framework? We do not know. We could come two evenings, if people want us. Maybe even three or four! We will be happy to come, very sincerely. But we don't have a date to give you.”

When they went into the studio to record this memorable track, did the members of Louise Attaque know there was something magical in the air?

“We knew it even before the recording, replies Robin Feix. We were already playing it in bars and we realized that it was a cartridge. Besides, we could play in the same concert several times I take you to the wind to restore the atmosphere! We knew she had this power. And we used it.”