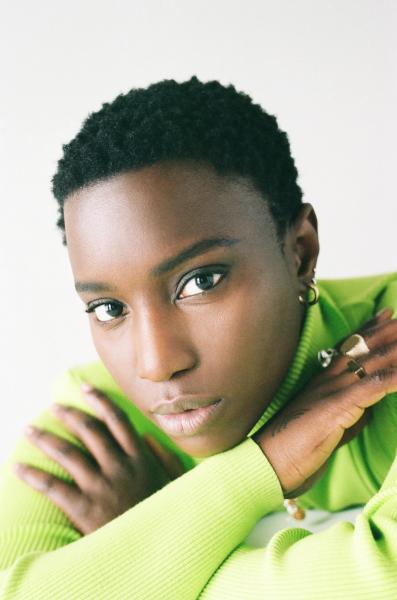 Rapper Sarahmée presents a first youth album, My Skin, inspired by her 2019 song of the same title. A sung book that is a hymn to uniqueness and a great way to celebrate the multiplicity of skin colors!

Why did you want to turn the song My skin into a children's book?

It was the publisher, KATA, who came to me with this great idea! It is a song that had echoed a lot and we released the video clip following the death of George Floyd. For the clip, I wanted to celebrate my community, but joy too; that we have more positive images of us… I thought the idea of ​​the book was brilliant. A song, you can listen to it, then people move on. A book can remain in a library and can be gifted.

The illustrations are superb! How does it feel to see yourself in a drawing?

They are incredible! Several illustrators were suggested to me. Niti's work touched me a lot. I liked his pencil stroke, the expressions, the shapes of his characters, the faces. I wanted someone who could understand where I come from too. It was important to me that the illustrator was another black woman. And it's unreal to see yourself drawing!

Has your vision of your work changed, moving from music to writing?

Sometimes we “forget” the songs we make… We always remember them, but we move forward in our careers and in creativity. We go elsewhere. There, that brings me a completely different vision of the song. When I write songs, they are also stories, things that I have experienced. This history becomes everyone's history, from the moment it is public and it is written in a book. Upon its release, this book is no longer mine!

Is there any other play of yours that you would see as a literary work?

I would love to, this may be the start of a long series! For sure, Freedom is a song that opened a lot of doors for me. Then, the theme of the play She's gone is very strong… Why not (laughs)?

You mention in your book that people talk to you about a lot of things, except your music. That it's up to you to bring people back to your music… What would you like people to say about your music?

I make music first for myself. To talk, to express myself, to relieve myself of certain things, to have fun… What I mean by that is above all that when you're a woman and you create music, we often don't get the same treatment as men. We do not pay attention to the same details, for example, on the realization of the album, on the music as such, on the texts. It's my passion, it's what I do. Without the music, there's not everything else around.