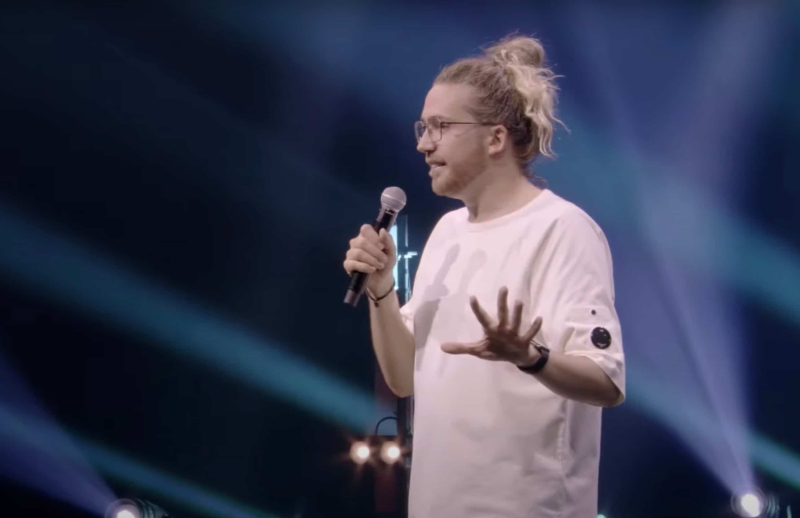 Quebec humor is still popular. Digital platforms have understood very well that a good laugh is always a winner. No need to be live, surrounded by people and plunged into darkness to have fun. Here are funny numbers to consume without moderation.

Some comedians have the luxury of developing a funny story, telling a crescendo anecdote and delivering a “punch” after several minutes. That's not the case here. Each up-and-coming artist who grabs the mic has 120 seconds to amuse the audience. In a real race against time, every word and every image counts. You have to hit the target quickly and, above all, stand out from the other comedians (there are 15 per game) to win the favor of the spectators. A great way to discover new faces.

Mathieu Dufour at the Bell Center

Several artists would dream of being the headliner of the Bell Center, of paying for the home of the Montreal Canadiens one evening. There are also many who would like to see their show on Netflix. Mathieu Dufour is entitled to both privileges. After having cheered up people in the amphitheater last July, he intends to do the same with those in their living room thanks, among other things, to his fashion expert and his anecdote at McDonald's. Its unique and boosted proposal is in its image. In short, everything to please those who are tired of “conventional” proposals.

Comedians don't hesitate to make fun of the failings of our society or to make fun of themselves. It is therefore only the return of the pendulum when artists target them and decide to laugh at them… In all humility, several stars have accepted to be skinned for some 90 minutes. The most recent sent to the lion's den: Martin Matte, Normand Brathwaite, Michel— Barrette and Cathy Gauthier. Good players, these comedians listen to what their colleagues think of them. As all shots are allowed, it's better to laugh…

Yannick De Martino: Dalmatians are huge in the countryside

Absurd humor sticks to the skin of Yannick De Martino. The young man participates in TV projects as varied as comedy shows, web series, commercials and even sports productions. His reflections, often destabilizing, but oh so amusing, follow the same path. Simple in appearance, his singular humor is full of qualities. In his first solo show, it's time for questioning and all subjects pass. The artist calls himself “like everyone else”, because, he confides, he only knows one kind of butterfly: the monarch. Refreshing.

►Available on Tou.tv Extra.
►Also in podcast format on Ohdio.

If Patrick Huard left La Tour, it is certainly not not to rest on its laurels. Success, he still wants to taste it. And why not trust once again two of its strengths: humor and animation. He is therefore in charge of a new reality show with a very simple $ 100,000 jackpot: in the same loft, 10 people must avoid laughing for six hours while everyone is making antics. Among the participants, we find Arnaud Soly, Christine Morency and Laurent Paquin. No, the game in six episodes is not a foregone conclusion.