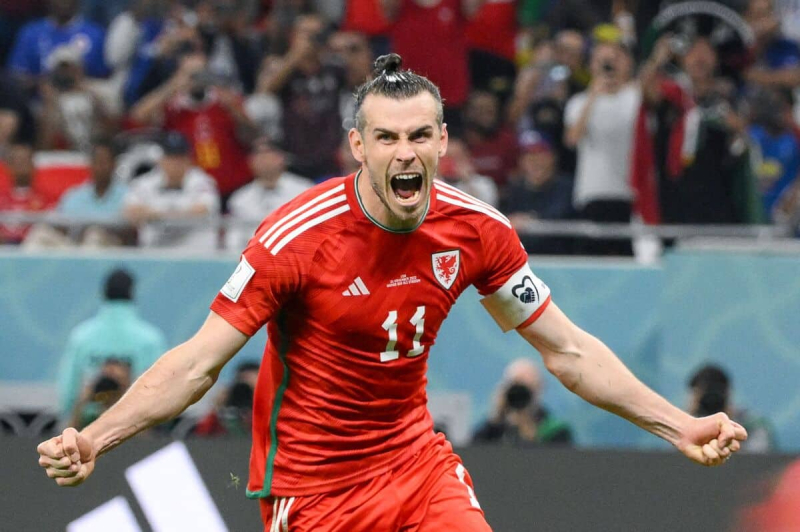 One of Britain's greatest soccer players bowed out on Monday. Despite being only 33 years old, Gareth Bale has left his mark in Europe, internationally and in Major League Soccer (MLS).

Here are the five biggest highlights of the Welsh athlete's illustrious career, in chronological order.

A landmark last year at Tottenham

Before filling his trophy shelf in Spain with Real Madrid, Bale established himself as one of the best players in the Premier League in England. After a promising start at Southampton, where he played as a left-back, he was transferred to Tottenham Hotspur. Under head coach Harry Redknapp, Bale has become one of the most versatile athletes, able to play in attack, midfield or defense. He reached new heights in 2012-2013 with the club located in the suburbs of London, this time under the orders of André Villas-Boas. With 26 goals and 14 assists in 44 games, he became only the second man in history to be named the Professional Footballers' Association's Player and Young Player of the Year, as well as the Football's Most Outstanding Athlete. Writers' Association.

A new hero in Madrid

Before bidding farewell to Tottenham, Bale was courted aggressively by one of Europe's biggest clubs, Real Madrid. The Spanish organization ultimately paid more than $143 million — a record sum at the time — for his services. Head coach Carlo Ancelotti had a clear plan for the Cardiff native: to place him up front to allow him to complete an explosive trio with Karim Benzema and Cristiano Ronaldo. The Italian coach reaped the dividends on April 16, 2014. During a famous edition of the “Clasico”, in the final of the Copa Del Rey, Bale was the executioner of FC Barcelona. Thanks to his almost unrivaled speed, he passed defender Marc Bartra to score the winning goal in the 85th minute.

A bicycle and a coronation

Gareth Bale has notably built his reputation in the most prestigious European competition, the Champions League. He played 66 games there, scoring 20 goals and 17 assists. In a truly historic streak, the Madrid side won this competition four times with the Welshman between 2014 and 2018. Bale was an important cog in each of these crowns, but he was particularly decisive in the 2018 grand final, against the English club Liverpool FC, in a contested match in Kyiv. After Sadio Mané and Benzema scored for their respective sides, Bale entered the game in the 61st minute and was quick to turn the tide of the game. Only two minutes later, he shook the ropes dramatically as he completed a bicycle. Bale then netted the insurance goal to deliver a 13th Champions League triumph for Real Madrid.

Before the 2010s, Wales, with a population of some three million, had not made a big splash on the international soccer scene. Bale made sure to change the course of history and eventually became the player with most appearances (111) and most goals (41) in the history of the small British nation. In 2016, he notably led the Welsh to their first participation in the Euro since 1976. Bale did not stop there: he became a true national hero by propelling his people to the semi-finals of the tournament. Wales managed to qualify again four years later, consolidating their place in the European chessboard. Then, in 2021, Bale and the Welsh secured their ticket to Qatar thanks to a successful qualifying phase. The “Dragons” thus participated a year later in their second World Cup and their first since 1958.

A triumphant farewell under the Californian sun

Like several European stars who preceded him, Bale ended his career in the United States, in the MLS. He signed a one-year contract with Los Angeles FC (LAFC) last June, and his time in the land of Uncle Sam crowned his glorious career in a good way. Used sparingly by the Californian club, Bale has only been sent to the field 12 times. In the MLS Cup final, in a duel between LAFC and the Philadelphia Union, he forced a penalty shootout by creating the tie in the 128th minute. This success, the latest in the history of the Garber circuit, allowed his team to win the shootout and lift the precious trophy.