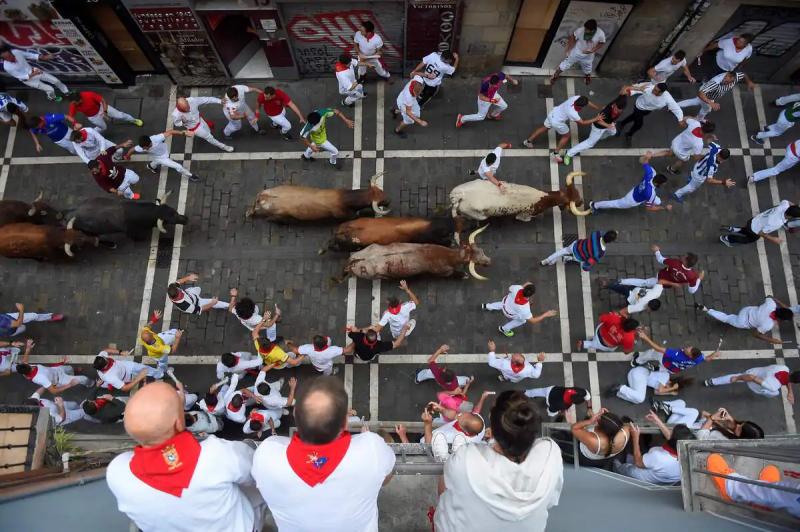 The San Fermin festivities in Pamplona (northern Spain) end on Thursday after a week punctuated by daily bull runs, which will have sent 52 participants, including five people, to the hospital gored, but none seriously.

Every day at 08:00 (0600 GMT), hundreds of daredevil runners, wearing white shirts or t-shirts and red headscarves, try to get as close as possible to six fighting bulls in a race of 850 meters in the narrow cobbled streets of the city, which for the occasion attracts tourists from all over the world.

The latest run, Thursday morning, which lasted just over two minutes, sent six men to hospital, regional authorities said in a statement. This brings the total of people treated at the hospital to 52, including three Americans and a Frenchman.

While most of the injuries were bruises, broken bones or cuts from falls, five men suffered everything were also gored.

Two of them are still hospitalized in Pamplona.

During the last edition held in 2019, before two years of cancellations in 2020 and 2021 due to the pandemic, eight people had been gored.

Since 1911, the beginning of the compilation data, at least 16 runners have died.

The last death dates back to 2009 when a bull gored a 27-year-old Spaniard, whose parents laid a bouquet of flowers in his honor on Sunday. I e journey, on the thirteenth anniversary of his death.