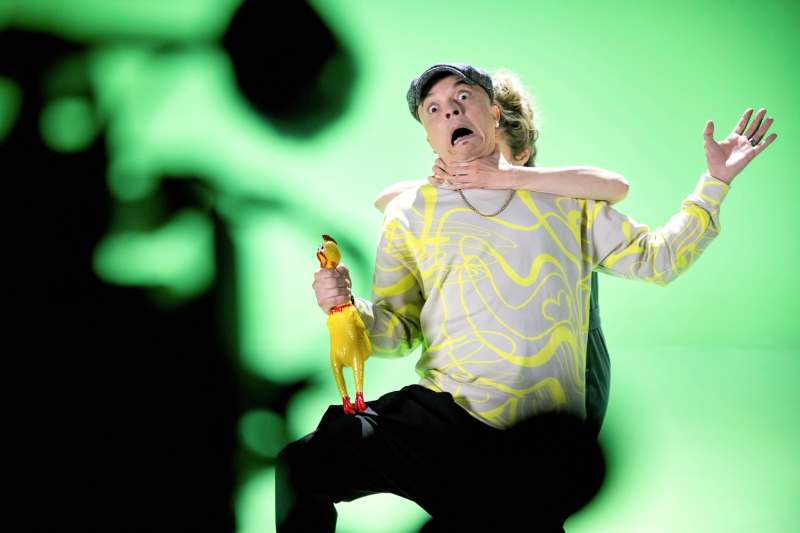 20 years ago, Nicolas Boucher, whom people in the industry call Snick, graduated from the School of Humor with his diploma in hand. Today, he works on content for some of our biggest TV shows.

Co-creator of 100 geniuses, content producer of < em>Children of TV for 10 years, of Cuvée comique, of Open the quotes and of Tested on humans, script-editor of Great Interviews and Comicographies Just for Laughs, but also of 13 galas (Olivier, Artis, Gémeaux, Québec Cinéma ), which he also often directs, Nicolas was well suited to lead the content of the Quebec adaptation of the international success LOL: Who laughs the last on Amazon Prime where 10 comedians must spend six hours together without laughing. A frankly successful adaptation.

What does it take to be a good candidate?

We looked at what has been done in other countries (Japanese concept adapted in 12 territories, including Mexico, Italy, Iran, Germany, France and Canada). In the Bible, there is a desire for diversity in age, body, ethnicity, style of humor. It gave us the opportunity to invite someone from weirdlike Yves Pelletier. Virginie Fortin is the first one I thought of. She does humor, improvisation, singing. She had the perfect cast. It took people capable of improvising and who love each other in life. Even without knowing who would be on the set. The people at Amazon allowed us great freedom.

What characterizes the Quebec version?

Improvisation was invented here. Comedians love each other. Elsewhere there was something colder. We feel our Latin side, but also that there is no star-system that puts people on a pedestal. We also have a nice mix of genres that goes from the absurd to the more committed. Some versions are more pee-poo-hairy.

Several authors are working on the concept. What is their contribution?

Sébastien Ravary works with Patrick [Huard] on his texts. Each guest has two authors to help them prepare their numbers, to brainstorm. We have two, three meetings with each to see what they want to do. For example, Yves wanted to do thoughts of the day, Rich [Richardson Zéphir] wanted to give fines with his policeman character, Arnaud [Soly] wanted to bring his snorkel. We also did brainstorms for the costumes we were going to put in the workshop, the equipment and the games to occupy them, for the stuntsof Patrick, and surprise guests. It's more ideation than writing. We also discuss the process. But for six hours, the guests are really free.

How do you track everyone all the time and make sure they're not laughing?

We have ten spoterswho each monitor a comedian. In management, we always adjust to see everyone. We have 40 cameras, a dozen cameramen and robots. We are 36 in management. I have done several galas and I have never seen so many people. When there is a laugh, the assistant director pulls out the extract to confirm it. Sometimes it's difficult. Arnaud often has a grin which is in fact his impassive face. At first, we let it pass to be sure to keep players for six hours, but the more time goes by, the more severe we are.

What does each one bring to the competition?

Yves is the legend, the fucked up universe, the absurd characters. Rich is a bug too. It's a beast of improvisation. You think he's going there, but he's three miles off. Virginia, I talked about it earlier. Marie-Lyne [Joncas] has a great sense of repartee. She's a formidable player. Arnaud has a diversity of talents. That's 1000 characters in four minutes. He gave a lot of himself to get others off the hook. Christine [Morency] is the rising star. She has an infectious laugh. Edith [Cochrane] has less of a comedian profile, but with her repartee, she can hold the road. Laurent [Paquin] is our veteran able to play, to make music, to sing, a formidable improviser. Rachid [Badouri] embarks on everything, never says no. He is a trooper. Matt Duff is up for it and open. They are so focused on not laughing at others that they sometimes laugh at themselves. We had a pool between us and I can say that we were all wrong!

LOL: Who will have the last laugh