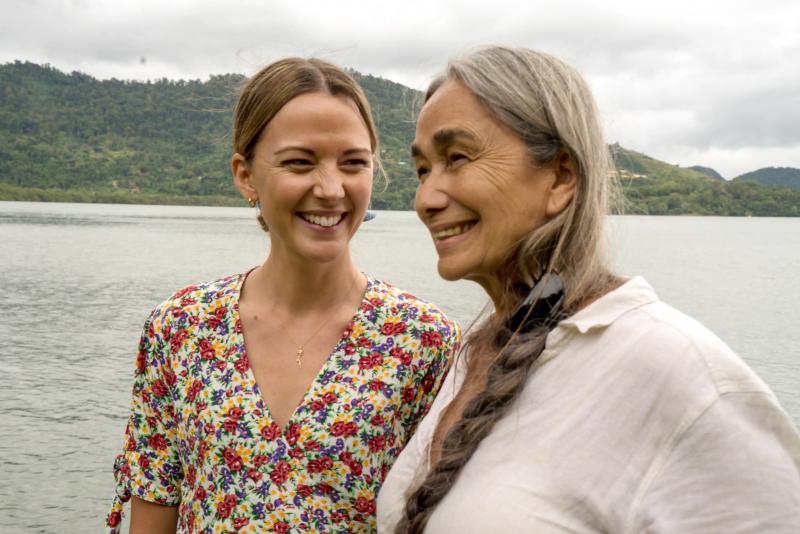 Pascal Brouard is an epicurean who likes to do good TV. The Race Around the World gave him the bug for documentaries and travel. That was in 1996.

Born in France into a family of winegrowers, he made the series Papilles, then offered us earlier this year the documentary series The vine is beautiful. An incursion into the heart of Quebec vineyards. He also directs Curieux Béginfor a dozen years. This means that the art of the table and good wine, he knows. For Let's go drink elsewhere on TV5, of which he is one of the directors, he discovered cultures and societies through what is drunk there.

What do the drinks of a country say?

It speaks a lot about living together. Let's drink somewhere elseis a documentary series that tells a lot about people and countries. I had the chance to shoot in quite festive countries: Spain, Italy, Brazil, Mexico. We're not just talking about wine. It's much wider. It is about coffee, mezcal, ayahuasca, emblematic drinks. You learn a lot about how to live. We are not involved in political issues, but it allows us to have a historical, economic, social and societal perspective.

What moment marked you the most during these meetings?

The longest segment of the series is about ayahuasca. For me, this is the strongest moment. I have wanted to think outside the box and document ayahuasca for a long time. Vanessa [Pilon, who shares the animation with Valérie Chevalier] and I talked about it a lot. She wanted to try it on and participate in the ritual. We were with 400 Brazilians gathered for the sacrament on garden chairs. The church and its Padrinho welcomed us. It is used in particular to treat dependencies.

I also remember shooting at a small mezcal producer 5 a.m. south of Mexico City. Everything was done in a very artisanal way by people who lived in a very rudimentary way. We were shocked to find one of their bottles sold for $300 at the airport. It reminds us that unfortunately, what is organic is not necessarily fair.

Is it easy to get in touch with people who are not used to the camera?

As a former The Race Around the World, I'm used to it. You don't point your camera right away. You don't want to look like an image thief. We focus on people first, then on the subject. It often happens that I share something Quebecois with them. I often bring maple syrup for example. Then, we take the time to explain the schedule, the actions. But loving people is the first condition to do this job.

How does an episode turn out?

We have six days of filming in one country. We shoot for five days with our protagonists. The sixth day is devoted to making images. It is important to calculate the distances and the time to go between the cities. It usually takes 4 to 5 hours to shoot a segment. What is difficult is to leave people who often have planned for us a meal that could last three hours! We are a very small team: a cameraman who also does the sound, the host, a “fixer” and me. These are shoots that are demanding and that require being able to turn around quickly when the plans change. It happened to us in Brazil when our coffee guest had to leave for a funeral!

Are there any global trends in beverages?< /strong>

What is obvious, and it is not related to the pandemic, is the return to local products. You see it everywhere. We feel the value and importance of family transmission. We shot in Italy with three young people, friends, who chose to return to their native region to launch cocktails inspired by TV series, such as Stranger Things, with local products such as coconut oil. olive or truffle. There is a desire to reinvent itself and put forward the terroir.