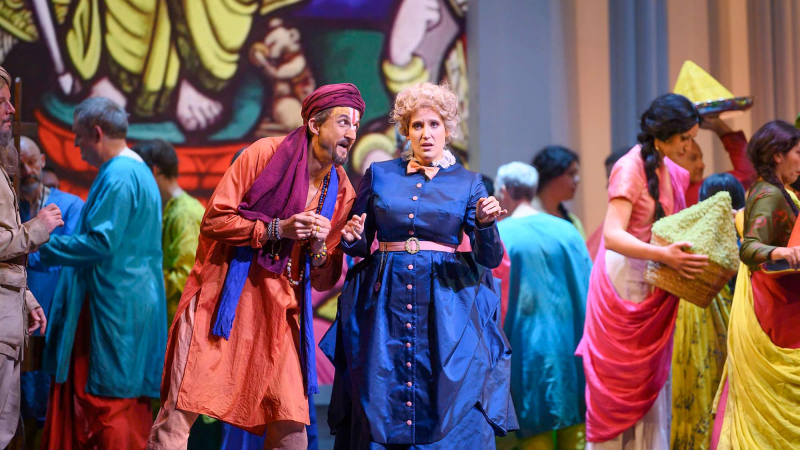 Specialty channel Mezzo is unscrambled on most cable services, until the end of December. Videotron subscribers have access until January 18. Here are five interesting proposals in classical music, opera, dance and jazz for the holiday season.

The Belgian soprano Jodie Devos and the French tenor Philippe Talbot are featured in this French opera by Léo Delibes filmed on September 20, 2022 in Liège, Belgium. Lakmé recounts the unhappy love affairs of an Indian woman and an English officer at the end of the 19th century in India under British domination.

Composed by Mozart, Don Giovanni is considered one of the greatest operas of all time. This production, with German baritone Michael Volle as the seducer and Slovak soprano Slávka Zámečníková as Donna Anna, was filmed on April 17, 2022 at the Staatsoper Unter Den Linden in Berlin.

Huge work and monument of sacred music, Handel's Messiah, filmed on November 24 at St. Michael's Cathedral in Coventry in England, features the baroque formation The English Concert under the direction of John Nelson, a choir and the presence of four singers.

The San Francisco Ballet performs this work by Tchaikovsky, a classic from the time of the Fêtes, in a choreography by Helgi Tomasson. This performance, filmed January 1, 2007, at the War Memorial Opera House in San Francisco, stars Elizabeth Powell as Clara.