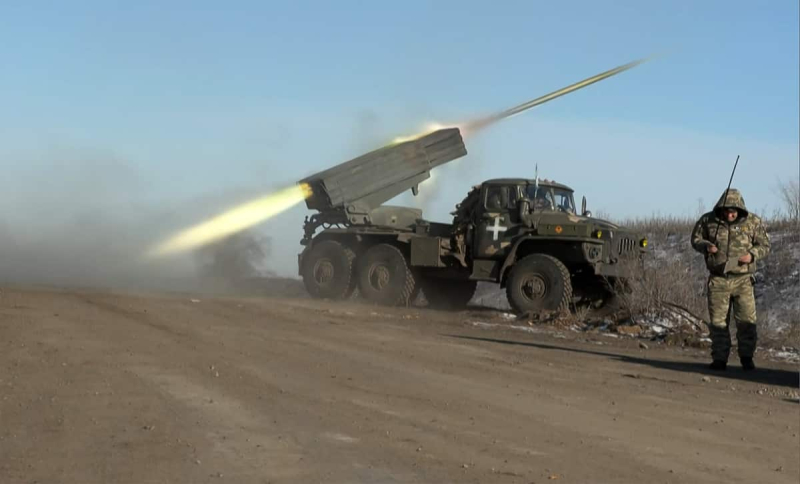 The battle for the town of Soledar in eastern Ukraine is one of the bloodiest since the start of Moscow's offensive, which throws all its forces into it in the hope of regaining victory after several setbacks.

Five things to know about this confrontation which has redoubled in intensity in recent days.

Prior to the conflict, Soledar was just a small town of about 10,000 people primarily known for its salt mines. Its name means “gift of salt” in Ukrainian and Russian.

Located in the Donetsk region, which Moscow claims to have annexed, it is about 15 kilometers north- east of Bakhmout, a larger city that has been in Russian sights for several months.

The Soledar salt mines are the largest in Europe. In particular, they are crossed by 200 kilometers of underground galleries, which can represent several tactical advantages in time of war.

Russia and Ukraine reported that the fighting in Soledar was particularly heavy.

“Everything that is happening today in the direction of Bakhmout or Soledar is the bloodiest scenario of this war,” Mykhaïlo Podoliak, adviser to the Ukrainian presidency, told AFP on Wednesday.

< p>“A lot of blood, a lot of artillery duels, a lot of contact fighting, especially in Soledar,” he listed.

Even the Kremlin, usually discreet about the losses military, admitted that the Russians had paid a “pretty high price” to advance to Soledar.

The battle for Bakhmout, of which that of Soledar is only a part, is mainly fought, on the Russian side, by the mercenaries of the paramilitary group Wagner, led by a renowned businessman close to the Kremlin, Evguéni Prigojine. < /p>

The assault on Soledar is “exclusively” led by Wagner's men, said Prigozhin, suspected by analysts of wanting to bolster his political stature in Russia with military successes in Ukraine. < /p>

Mr Prigozhin has toured Russian prisons in recent months recruiting detainees, on the promise of high salaries and an amnesty after some time spent fighting.

For the analyst military Anatoly Khramchikhin, Wagner's role in Ukraine is “quite significant” and the group has “a number of significant advantages” over the Russian regular army: “better training and at the same time fewer formalities (administrative) and bureaucracy”.

Another military analyst who requested anonymity for fear of reprisals said that while the role of mercenaries is “important” on the ground in Ukraine, it is not “decisive”.

Beyond the military aspects, the battles for Soledar and Bakhmout have also exposed the bitter rivalry that many analysts believe exists between Wagner and the Russian regular army.

On Wednesday, Mr. Prigojine announced that his group controlled Soledar, before being denied by the Russian Ministry of Defense, citing fighting still ongoing. Even the Kremlin has called for “no rush” to declare victory.

For Khramchikhin, it was “obvious” that Wagner and the Ministry of Defense would be in competition in Ukraine, given the extent of the forces and means available to the paramilitary group.

Vassily Kashin, another analyst, stresses, however, that the two camps “cooperate” despite their rivalry. “They can't do things independently, they're part of the same force,” he says.

While analysts dispute the strategic importance of Soledar, no doubt the Russian authorities will seize the opportunity to claim a significant victory, after suffering dramatic setbacks.

Russian forces desperately seeking for months to take Bakhmout, sending waves of soldiers impaling themselves on the Ukrainian defenses and relentlessly pounding the city with artillery.

“Any victory is important, especially because there hasn't been a victory for a while,” Khramchikhin said of Soledar. “Strategically, it could make things easier for Bakhmout,” he added. with little strategic value. “It will have little impact on the overall situation” on the ground, he also said.