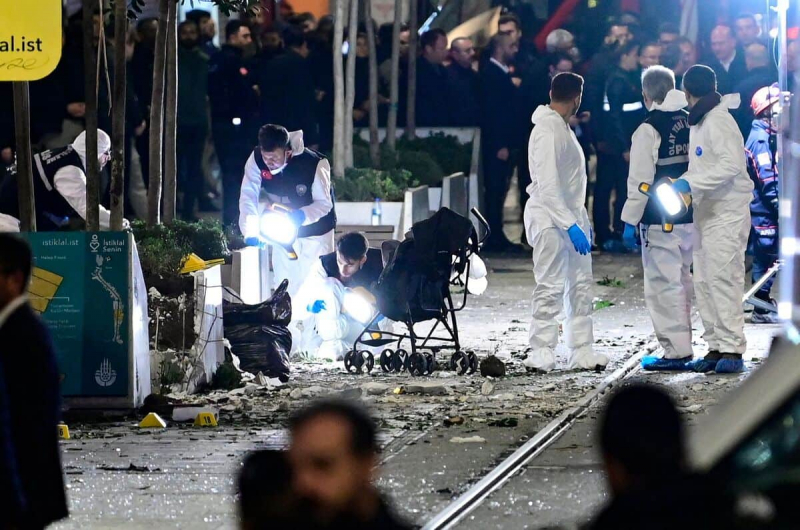 Turkish authorities on Monday named Kurdish fighters from the Kurdistan Workers' Party (PKK) responsible for the attack that killed six people and injured dozens on Sunday in Istanbul. What the PKK and its allies have strongly denied.

Qualified as a “terrorist” by Ankara and its Western allies, the PKK has been waging bloody guerrilla warfare on Turkish soil since 1984, a conflict that has claimed more than 40,000 lives.

The movement, of Marxist-Leninist allegiance, originally wanted the creation of an independent Kurdish state. He now campaigns for political autonomy within Turkey.

The PKK has repeatedly targeted Turkish security forces. The attacks have often been claimed by the Kurdistan Freedom Falcons (TAK), a radical group close to the PKK, such as the double attack of December 2016 near the Besiktas football stadium in Istanbul (47 dead including 39 police officers and 160 wounded).

Negotiations were initiated in 2013 between the Turkish government and the PKK, but Ankara and the Kurdish armed group have been clashing again since the end of a fragile ceasefire in 2015.

2 – What's the difference between PKK and HDP?

The Turkish government accuses Turkey's pro-Kurdish opposition party, the People's Democratic Party (HDP), of links to the PKK – which the party denies .

Authorities arrested mayors from the HDP — the second largest opposition party with 56 MPs — in a number of towns in southeastern Turkey, including in the Kurdish-majority province of Diyarbakir, following the 2016 coup attempt.

Kurdish media outlets were also shut down and a number of journalists arrested.

Former party leader Selahattin Demirtas is imprisoned since 2016, accused of leading a “terrorist organization”. Mr. Demirtas on Sunday condemned the Istanbul attack from his Turkish prison.

The HDP remains subject to proceedings that could lead to its banning.

The Turkish army regularly carries out operations against the PKK in Turkey and in the mountainous areas of northern Iraq, where the PKK has rear bases.

Since April, the Ankara army there led Operation 'Claw Closed'.

However, a PKK commander, Murat Karayilan, announced on November 2 the group's desire to take revenge.

4- What links with Syria?

Turkish police arrested several dozen people after Sunday's attack, including a woman presented as Syrian and suspected of being the bomber.

According to the police, she claimed to have acted on orders from the PKK and entered Turkey from northern Syria.

Interior Minister Süleyman Soylu accused the Kurdish forces of the YPG, the People's Defense Units, which control most of northeastern Syria, of being responsible for the attack. “We believe that the order for the attack was given from Kobane,” he said.

Ankara has launched a series of offensives in Syria since 2016 targeting Kurdish militias. And since May, President Recep Tayyip Erdogan has been threatening to launch a new operation.

For these reasons, Turkey on Monday “rejected” the condolences of the United States, which “supports the terrorists” of Kobani in having armed the People's Protection Units (YPG) against the jihadists facing the Islamic State group.

Sunday's attack stirs fears of a new campaign of terror in Turkish society, seven months before presidential and legislative elections announced in June 2023.

Turks remember the series of attacks of 2015-2016, claimed in part by the IS and which had caused nearly 500 deaths and more than 2,000 injuries, during pre-election periods.