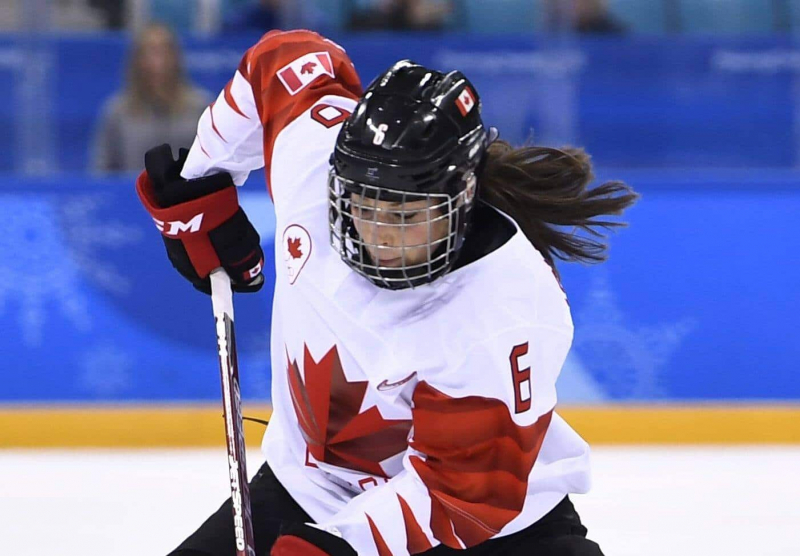 Although she is now employed by the Calgary Flames, Canadian hockey player Rebecca Johnston did not hesitate to make the trip to Quebec this weekend to participate in the mini-tournament of the Professional Women's Hockey Players Association [PWHPA] held at the Verdun Auditorium.

“The goal is to grow women's hockey and try to create our own league,” she said in a generous interview. We want to inspire young players for the future. Our ultimate goal in having a new league is above all to serve the next generation.”

Aged 33, the quadruple Olympic medalist, who notably won gold in Vancouver (2010), Sochi (2014 ) and Beijing (2022), is quietly breaking away from major international competitions. For good reason, she now has this full-time job, with the Flames, in the player development department and within the community involvement program.

“I never imagined being able to do this when I was younger, it's a great opportunity for me and so far the experience has been fantastic,” described the Ontarian, who has now lived in Calgary for eight years old.

Hired a little over a month ago, Johnston is working with Ray Edwards, but also with Quebecer Martin Gélinas, to develop the hopes of the Flames.

“It's amazing for me to be in a professional organization like the Flames, I'm already learning a lot,” added the famous hockey player. At the same time, I also believe I bring a different perspective because of my background in women's hockey. Above all, I know the sport and I can contribute by having experienced certain situations that young hopefuls are about to experience, whether with injuries or a sudden loss of confidence. I have to help them feel good.”

Competing in four Olympics and 10 World Championships, Johnston has indeed gone through the full gamut of emotions over the past 15 years.

“I put a lot of pressure on myself as a player. hockey, I always wanted to be the best on the rink,” Johnston testified. When you lose and you feel like you haven't done enough to help your team, you put even more pressure on yourself and that's when you don't play well. A career in hockey is never an easy road, there are ups and downs, you have to face adversity.”

Her advice, which she gives to Flames prospects, also apply to all the young players she met during the weekend in Verdun. Who knows if, one day, when the PWHPA has its league, Johnston will not be directly involved in it? For now, the great hockey player will soon be back on the road to Calgary, not without having contributed, once again, to the promotion of women's hockey.