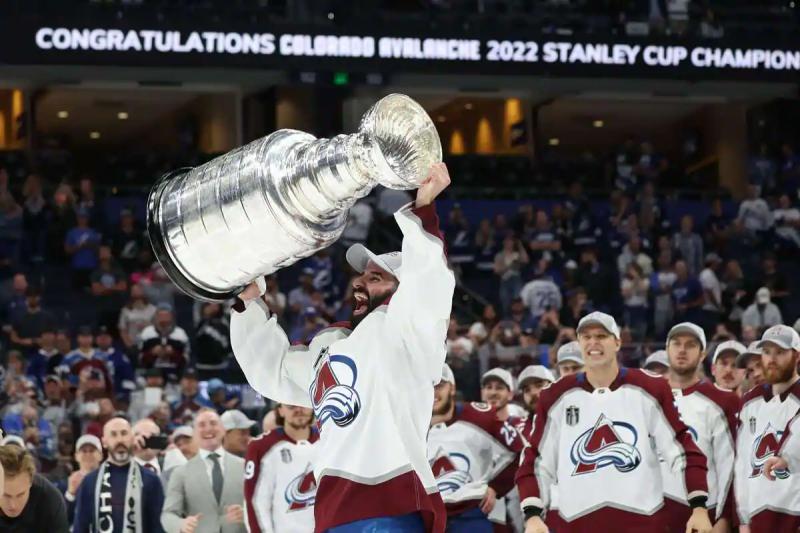 The Calgary Flames are reportedly close to signing forward Nazem Kadri to a contract.

Or so some pundits have said hockey, including Sportsnet's Elliotte Friedman, who reported the expected contract would be for seven years and worth $7 million a year. For the moment, the Alberta organization has not announced anything about this.

Kadri became an unrestricted free agent after helping the Colorado Avalanche win the Stanley Cup last spring. During the regular season, he had 28 goals and 59 assists for 87 points in 71 games, adding 15 points in 16 playoff games.

The former Toronto Maple Leafs has played the last three seasons in Denver and has amassed 512 points, including 219 goals, in 739 career National League games. He ended a six-year, $27 million pact this year.

Kadri deal to the Flames is being finalized. 7 year deal is believed to be the term.

To make room for Kadri, the Flames got rid of another center, Sean Monahan, who was traded to the Canadiens. The latter struggled in 2021-22, having to undergo hip surgery after seeing his season come to an end in early April. Earning $6.375 million annually, he settled for 23 points in 65 outings and even visited the press box for a game because of his failures.

In Calgary, summer is hectic, the Flames having traded Matthew Tkachuk to the Florida Panthers in return notably for Jonathan Huberdeau. Johnny Gaudreau also chose to leave the team to join the Columbus Blue Jackets.