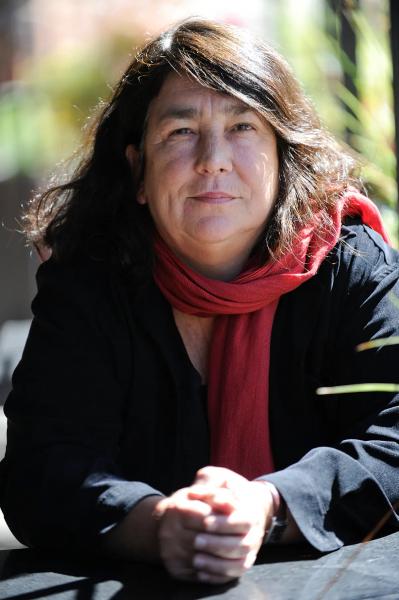 Directed by Carole Laganière, the documentary “Fuir” plunges the film buff into the reality of a shelter for women victims of domestic violence. The filmmaker and one of the residents explain the process.

Poignant, revolting, sober, touching… “Fleeing” shows the journey of women and their children who have managed to free themselves from the grip of a violent spouse. “No one had ever filmed a shelter from the inside, had never shown how it happened in terms of interventions, how we tried to “fix” these women who land in these houses. I felt the need and the need to talk about it”, explained the filmmaker during an interview with the QMI Agency.

Carole Laganière's camera follows several residents who express themselves freely, talking about their history, the pitfalls they face. Sophie is one of them. And if, at the time of filming, she wished to remain anonymous, today she has decided to testify.

“As much as there is a need to show the inside, there is a need to tell the real things. It's not always beautiful… At the time, I had chosen to speak in the shadows, you can't see my face. But we are evolving and we see that it is necessary to name reality to raise awareness,” she said.

A good number of women interviewed by the director took time to realize that they lived with violence. “I think it's because of the honeymoon that follows the episodes of violence.”

“What I felt was that there is love at the start, underlined the filmmaker. If these two people are together at the start, it is because they love each other. In any case, the woman loves the man. Suddenly, after the episodes of violence, there is always a phase where the man is extraordinary, he apologizes, regrets what he has done. And so, this phase makes the woman think that he will not do it again, that it was accidental.

“It's a love story gone wrong,” added Sophie. I will speak for myself, I had hope that he could change. I didn't see a violent man, I saw a hurt man, who was trying to find ways. I had faith. He was also the father of my children, I did not want to break up our family. It's precisely thanks to a worker who told me: “I don't think he's going to change. It's dangerous for you and it's dangerous for your children”. It was hard for me to admit that, I wanted it so badly to get better.”

Once they leave their violent partner, the life of these women resembles an obstacle course. The steps are numerous and grueling before they manage to find accommodation and feel safe. Are women taken more seriously than a few decades ago?

“Yes, I have the impression so, replied Carole Laganière. That said, in my opinion, where it gets stuck is not at the level of the police, it is higher. It's at the level of justice, when the lawyers get involved, when it comes to child custody… Child custody immediately changes the situation since the judge often considers that he must leave luck to the runner, therefore to the drummer in this case. Women find themselves having to negotiate agreements.”

“Indeed, for my part, the police were wonderful. The deposition lasted seven hours, I had a welcome, patience, openness… It was really good. With the justice system, we come face to face with the aggressor. And what we hear is not that he is a violent man, but a bad father. It's like ignoring that this person has chosen to use violence in front of their children and sometimes even on their children,” Sophie explained.

“The dynamic is hard to break when you are in front of the attacker. How do we regain power? To assert the rights of children? That, for my part, is the fight that remains to be fought.”

Six women have agreed to speak about the domestic violence of which they have been victims in “Flee”, a necessary documentary.

They will be six. And a speaker. All in the same shelter for women – and children – victims of domestic violence. Their story is revealed little by little, the director Carole Laganière exploring their daily life with great sobriety and modesty. The worker Jeannette also has a heavy past to bear that we discover with astonishment.

Sometimes the testimonies are heartbreaking, always they are revolting. The revolt of saying that it is not possible, that in 2022, women must flee a violent spouse, that these women have suffered years of beatings, bullying, psychological and even sexual violence. Against all expectations, it is not anger that overwhelms us. It is admiration. Admiration for all these women, those we see and all the other anonymous ones, who have the courage to denounce their abusive partner (because yes, violence in same-sex couples also exists) .

The questions are also legion. “Fleeing” forces us to question ourselves, outside of viewing, on the societal causes of this violence, on the way in which we could eliminate it, on the education that is given to children, on this “model” of domination which should not no longer be tolerated.

A gigantic documentary, an essential prelude to deep reflection, “Fleeing” forces us, as a society, to look ourselves in the face. Without compromise.