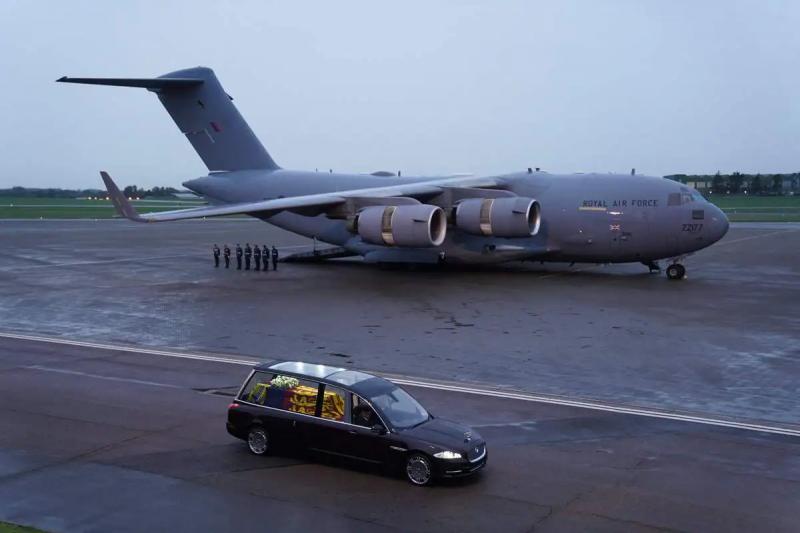 The plane that carried Queen Elizabeth II's coffin from Edinburgh to London on Tuesday would be the most watched flight in history, according to Flightradar24.

According to an article by the Flightradar24 website, 4.79 million people watched the flight on Flightradar24's web services and mobile apps, in addition to 296,000 who watched the plane live on YouTube.

“Before the flight departed, we implemented a number of traffic calming measures to provide our platform with as much stability as possible,” the site reads. Based on our experience over the past month, we were expecting a large influx of users, but this immediate and massive spike was beyond what we had anticipated. Approximately 600,000 users were able to successfully track the flight before performance degraded.” strong>in 24 minutes with Alexandre Moranville-Ouellet on QUB radio:

Between web, apps, and live stream, 5 million people followed the flight from Edinburgh to RAF Northolt on Flightradar24. https://t.co/sCCrSadVLk pic.twitter.com/sdE9VMyH8f

The most watched flight previously on Flightradar24 was the plane of the Speaker of the United States House of Representatives, Nancy Pelosi , to Taiwan in August, which was watched by 2.2 million people.

“Queen Elizabeth II's final flight from Edinburgh to RAF Northolt is by far the most watched flight of all time on Flightradar24 and will likely remain at the top for a long time,” it said.