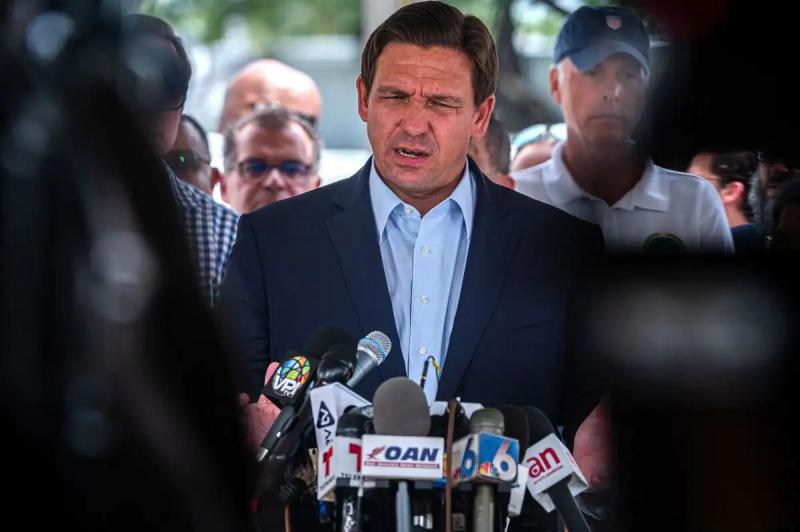 The influential Republican Governor of Florida, Ron DeSantis, on Wednesday claimed responsibility for sending two planes of migrants to a posh island in the northeastern United States, becoming the latest politician to date to to transport immigrants to the Democratic strongholds of the country.

A group of about 50 Venezuelan migrants, including children, arrived Wednesday at Martha's Vineyard, a vacation spot for the wealthy who have hosted the Kennedys, the Clintons and the Obamas, according to the local daily MV Times.< /p>

Although the governor of Florida organized this transport, the migrant planes were arriving from Texas and not his state, according to the newspaper.

“Migrants are being landed at Martha’s Vineyard by charter flights from Texas. Many don't know where they are. They say they were told they would be given housing and jobs,” local Democrat elected official Dylan Fernandes tweeted Wednesday night.

“Our island has stepped up” providing beds, meals and care, he added, specifying that the inhabitants had not been warned of this arrival.

Immigration policy, a volatile topic in the United States, is even more so a few weeks before high-stakes midterm elections, Republicans accuse President Joe Biden of having turned the border with Mexico into a sieve .

Ron DeSantis, who took responsibility for this transport through the voice of members of his team, thus joins a movement launched by the Republican governors of Texas and Arizona, determined to send migrants to Democratic towns in the north and east, in a highly political gesture aimed at their constituents.

Mr. DeSantis is campaigning for re-election in November. He is also seen as a potential rival for former President Donald Trump in the race for the White House in 2024.

“Residents of Martha's Vineyard should be thrilled,” Christina tweeted Wednesday. Pushaw, from the Florida Governor's communications team. “Illegal migrants will make the city more diverse, which is a strength. Nope? »

The very conservative governor of Texas Greg Abbott, a pioneer of this initiative and also campaigning for his re-election, for his part had two buses of migrants sent near the residence of the Democratic vice-president Kamala Harris, who arrived in Washington on Thursday morning, according to Fox News.

Transporting these migrants to Martha's Vineyard and Washington “was a necessity”, commented Andy Biggs, elected Republican from Arizona in the House representatives. “Democratic leaders must come down from their ivory towers and face reality. »