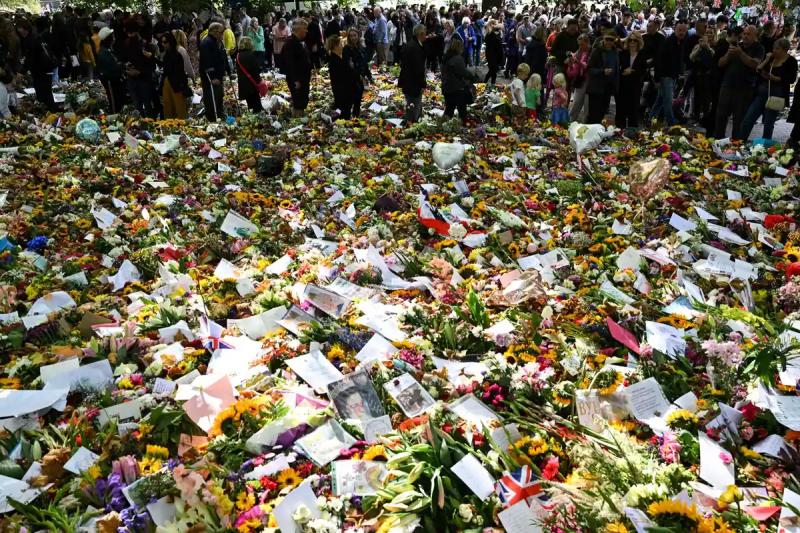 The mountain of flowers placed in London parks in tribute to Queen Elizabeth II will be composted and reused to plant new beds, the authority that oversees London's royal parks said on Tuesday.

Very many bouquets or wreaths of flowers were placed in London parks following the death of the monarch on September 8, after 70 years of reign.

< p>These flowery tributes will begin to be picked up on Monday, a week after the sovereign's state funeral. New bouquets can still be placed, but old or damaged flowers will be removed.

The compost produced will be used for landscaping projects and planting new beds in the parks.

“Our priority at the moment is to manage the huge amount of flowers and tributes deposited in the flower garden of Green Park”, detailed a spokesperson for the Royal Parks, which also has other famous green spaces like Hyde Park and Kensington Gardens. decide what we will do with it over the next few months, with discretion and sensitivity.”