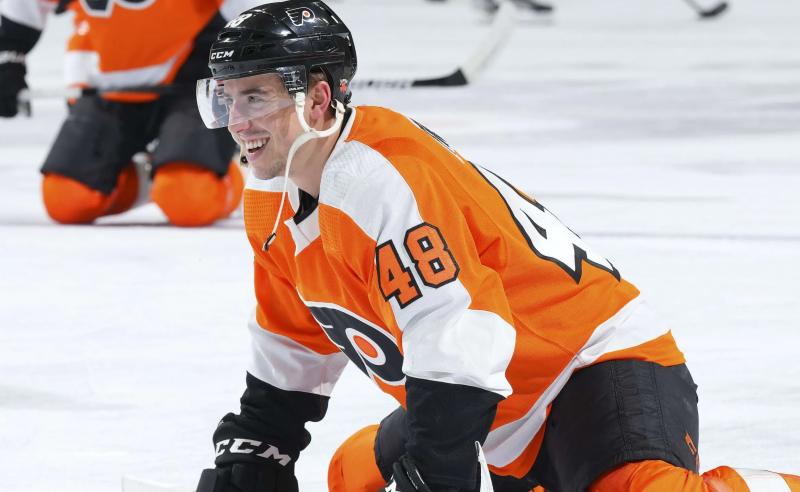 Even if his development doesn't go exactly to plan, forward Morgan Frost will have another chance to make a name for himself with the Philadelphia Flyers after he signed a contract extension on Friday.

Since joining the Pennsylvania organization, Frost has shuttled between the American Hockey League and the National League. He played 55 games with the Flyers last season, scoring five goals and 16 points.

The Ontario center has 23 points in 77 games on the Bettman circuit.

< p>Expectations for Frost were pretty high following his stellar performance at the 2019 World Junior Hockey Championship, where he led Canada with eight points in five games.

The Blue Jackets settle a file on the blue line

The Columbus Blue Jackets have secured the services of Nick Blankenburg, a defender with “great potential” according to their director General, agreeing to a contract extension on Friday.

Blankenburg, who was a restricted free agent, signed a two-year, one-way deal. He will receive $800,000 next season and $850,000 the following season.

“Nick is a ruthless, competitive and intelligent defender who really impressed us after his arrival at the end of the season, praised DG Jarmo Kekalainen in a press release. He has great potential and we're excited to see him grow in our organization.”

Undrafted, the 24-year-old American guard made his National Hockey League debut in 2022 after completed his college career with the University of Michigan Wolverines. He had three points in seven games with the Blue Jackets.

The 5'9″, 175 lbs right-handed defenseman also represented the country of Uncle Sam at the World Hockey Championship in 2022, where he played four games before suffering a knee injury.

Recall that the Ohio team consolidated the right side of its defensive squad when the free agent market opened by offering a colossal four-year, $16 million pact to veteran Erik Gudbranson.