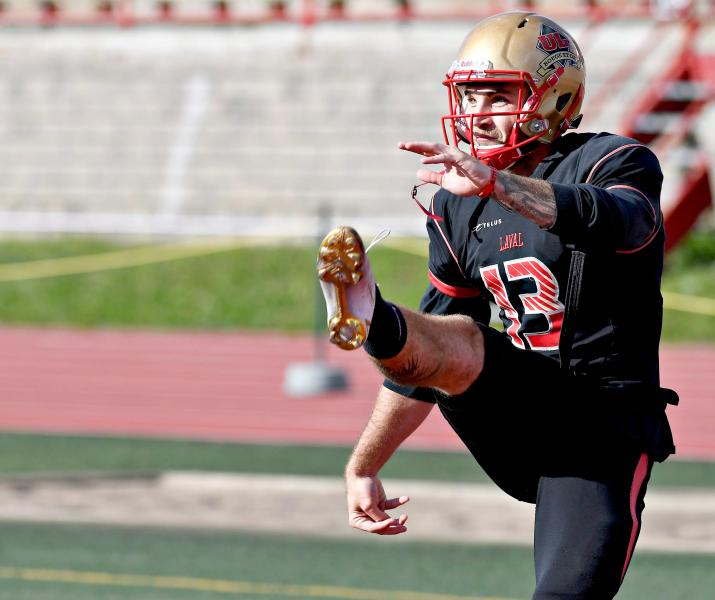 The Université Laval Rouge et Or will visit Percival Molson Stadium on Saturday to play against the McGill Redbirds who will play their first game of the season after enjoying a week off as a curtain raiser to the campaign.

Will one of the two teams be favored at the expense of the other? “With such a short camp as we had, one more week of preparation due to a byeisn't bad, said Laval pilot Glen Constantin, who believes his squad had one of its best openers in a long time in the 27-3 win over Sherbrooke. McGill also had the opportunity to play a preseason game. On our side, we played a match that counted in the standings and with great intensity, which is not a disadvantage. »

What does his counterpart Ronald Hilaire think?

“There are pluses and minuses,” summarized the head coach of the Redbirds. We want to assess our players as well as possible and one more week of camp is a good thing, but the RSEQ is the best conference in the country in my opinion and we haven't found the same speed and physical aspect that characterizes our homer in the preseason game against Queen's. We lost the game at the last minute against the team that ranks 5th in the country.

Constantin expects to face rookie quarterback Eloa Latendresse-Regimbald, but Hilaire argues the final decision is not yet decided.

The product of the Vanier Cheetahs that he led to the conquest of the Bol d'Or last year won the title of player par excellence of the circuit.

“McGill is betting a lot on their rookie quarterback going forward and I expect him to be the starter,” he said. Freshman quarterbacks who manage to get started right off the bat are often good athletes who bank on a good arm, but haven't seen fancy covers. We'll have to shuffle our covers and try to contain it in the pocket. »

“Eloa and Mathieu [Boudreau] had a good camp; they obtained a similar number of repetitions and they are neck and neck, adds Hilaire. The battle was beneficial for Eloa who demonstrates great calm. He has so much talent that I expect him to take the reins of the team at some point. You just have to determine if that moment is right now. He always has a smile and his teammates love him. »

In his second season at McGill, Boudreau didn't dress once last year as the Redbirds relied on two veterans, but he led John Abbott's Islanders to victory at the Bol d'Or in 2019 in Division 2.

The Rouge et Or had struggled when they opened in 2021 against the Redbirds, signing a narrow 17-11 victory. “The players had presented themselves with an attitude of superiority, recalled Constantin. We corrected the situation during the match at McGill [55-2 victory], but that no longer means anything. We don't have any Redbirds movies and it's going to be a good challenge. They're betting on a top-notch quarterback, good receivers, and they're confident in their chances.

Even though the Redbirds only had one win and missed the playoffs last year. Hilaire is convinced that his troop can compete with everyone in the RSEQ.

“We have nothing to envy to any team,” he said. It's going to be a fierce battle every week. We learned a lot from last season and the guys are working harder after realizing that we can't cut corners. “

The return of the closed retirement to Collège Bourget during the camp was salutary.

“Because our players come from all over, we were able to build a spirit of team and rediscover our culture,” explained Hilaire. This had not been possible in 2021 due to the constraints of COVID-19. »

Vincent Blanchard had a much less painful start to the season than last year.

The Rouge et Or kicker had been treated to quite a baptism of the university ranks in the opener against McGill. On a 34-yard field goal attempt blocked by Benjamin Carré, Blanchard fractured a few ribs on what was his first career college kick. He had finished the game, but missed the next two games. Kicker in the college ranks, running back Émile Malenfant took over at Concordia and Sherbrooke.

This time -ci against Sherbrooke, Blanchard had three field goals in as many attempts and averaged 40.4 yards on his five punts, four of which ended up inside the Vert & Gold.

“It's a good start to the season and I'm very happy, but I keep in mind that it's only one game,” he said. I want to perform well all the time. »

During training camp, Blanchard and rookie Émile Choquet fought hard for the starting position. The identity of the starter was not known until a few days before the opening game.

“Wrestling pushes us to be better,” he said. Emile is very good and the battle will continue every week. I like doing the three kicks since I'm on the field more often. It's an added challenge knowing that coaches only dress a kicker. Glen Constantin prefers to dress a single kicker if neither gives him a significant advantage. “Vincent is more powerful,” said the head coach. Emile is a little more precise, but there is not a big difference. »

This injury from his first kick left its mark. “The season has not been easy, admitted the author of six placements in 14 attempts and an average of 38.9 yards on his clearances. It was hard to turn the page.

Blanchard's season ended with another injury. By tackling returner Carl Chabot in the Dunsmore Cup final, Blanchard suffered a concussion. The receiver of the Université de Montréal Carabins also left and missed the Canadian semi-final against the Saskatchewan Huskies.

“Before I got injured, I had a good game and I did well in the important moments. I was very satisfied. »