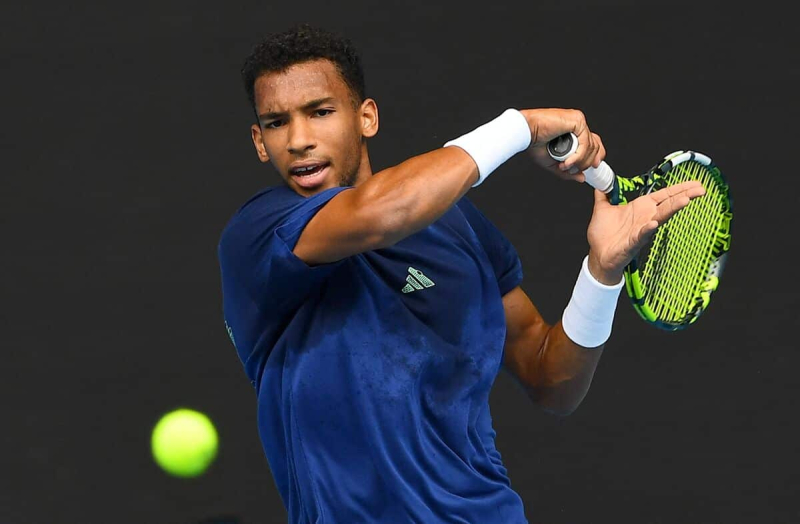 MELBOURNE, Australia | Between the Davis Cup which ended late in November, a romantic getaway in Iceland, a trip to Togo to see the progress of his humanitarian project and an exhibition tournament in Dubai, Félix Auger-Aliassime did not have what is called in the jargon a real “off season”.

But anyway, the Quebecer does not really want to turn the page on the last campaign, his most glorious to date. A year crowned by his first four ATP titles, but also triumphs at the Davis Cup, the Laver Cup and the ATP Cup.

For Félix, therefore, the Australian Open only scores therefore not the official start of the 2023 season, but rather “a continuation” of the last 12 months.

“As I had a good season in 2022, I do not want to say that I end the year and that the news is a clean sheet, he exposed. I had time [in December] to train, to rest, but I'm still the same player, still confident that I can do good things, play well.”

Le Journal met the world's No. 7 on a terrace at Melbourne Park, home to the campaign's first Grand Slam lifter.

The colorful venue was almost unoccupied on Friday. Qualifying had concluded the day before and the day was reserved for player training and some media interviews.

It is summer in Australia, but the mercury was quite mild. Nothing to do with the game of yo-yo he will indulge in the next few days while the players toil on the field.

No less than 36 degrees are expected on Tuesday, but the thermometer should not climb to more than 21 on Wednesday…

Before heading for Australia to start the 2023 season, Félix Auger-Aliassime celebrated Christmas in Dubai with relatives, including his mother, Marie Auger.

Auger-Aliassime was smiling and serene. He loves Melbourne. And not necessarily because he reached the quarter-finals there a year ago, where he came within a point of beating Daniil Medvedev.

It's mainly because he like it. “You can go to the restaurant quietly, walking, and the people are friendly”, he illustrates in particular.

Melbourne Park is not the class of Wimbledon, the history of Roland-Garros or the splendor of New York. But there's something cosy about the Australian Open site, a short walk from the city's business district and its skyscrapers.

“The first times I came here I lost in the first qualifying round, then in the first round, recalls the 22-year-old. It took me a long time to find my bearings, so far from home. But in the last two years, I've played some of the best games there of my career.

“Sometimes you go somewhere and you like the conditions,” he adds. There is the atmosphere, the public. Here, what is good is that it is an important city in Australia, but it is not too big. It's not like in New York, where it takes your energy, with the traffic, the noise.”

In Melbourne, Félix therefore feels “rested, with a calm head”. Added to this is the confidence built up since October, and this streak of three titles in as many weeks.

“I hope to be able to repeat [my quarter-final] from last year, and even better, he says. I feel good, both physically and mentally.”

Date with a friend

But Auger-Aliassime is not fooled: even s he wants 2023 to be an extension of 2022, he knows that each event represents its share of challenges.

“Before each tournament, there is a little stress, the butterflies are there, he said. Even if I was in the quarter-finals here or in the semi-finals in New York, the truth is that defeat is always possible in the first round.

This first round in Australia will have elsewhere a particular flavor: Félix will dispute it in the hands of his compatriot Vasek Pospisil. An opponent who is also a friend.

Félix Auger-Aliassime and Vasek Pospisil will face each other in the first round in Melbourne. A completely different scenario than the past few months, when the two friends had joined forces in doubles, in September and November, to help Canada win the Davis Cup.

These fratricidal duels, the Quebecer says he got used to them. After all, this will be the fifth meeting between Auger-Aliassime and Pospisil. The first won three; the second, the most recent, in Vienna, in 2020.

Despite the 87 ranks that separate them in the standings, the pride of L'Ancienne-Lorette still expects that this meeting against Pospisil is not “obvious”.

“He is a good player, points out Félix. He has good qualities, he serves well, he has good shots. I will have to be ready to play my best tennis.”

His best tennis, yes, because even if he is aware that his career can end in the first match – that was the case in Adelaide, two weeks ago – he now has “the ambition to win the big tournaments”.