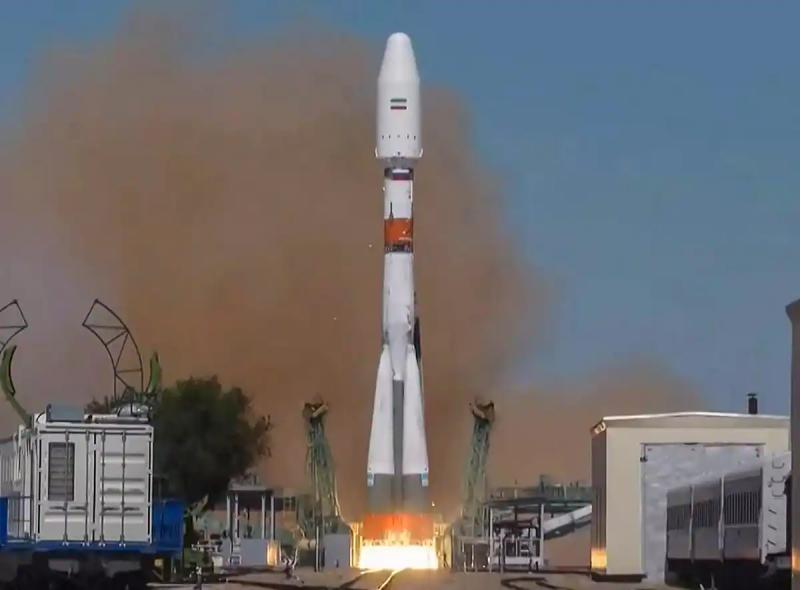 Tehran on Wednesday rejected US allegations that the Iranian satellite launched by Russia was intended for “spying” activities.

The Khayyam satellite was launched on Tuesday by a Soyuz-2.1B rocket from the Baikonur Cosmodrome in Kazakhstan, controlled by Moscow.

Reacting to the launch, Washington said Russia's growing cooperation with the Iran was to be considered a 'deep threat'.

'We are aware of reports that Russia launched a satellite with significant spy capabilities on behalf of Iran' , said a spokesperson for the US State Department.

“Sometimes certain comments are made to stir up tensions,” retorted the head of the Iranian Space Agency Hassan Salarieh. “To say that we want to engage in espionage operations with the Khayyam satellite (…) is really childish,” he told the press.

“Khayyam is entirely designed and built to meet the needs of the country in various areas of urban crisis management, natural resources, mining, agriculture, etc,” he added.

The satellite was launched amid controversy that Moscow could use it to boost its surveillance of military targets in Ukraine.

Last week, the Washington Post quoted anonymous Western intelligence officials assuring that Russia “planned to use the satellite for several months or more” in its war in Ukraine before handing over control to Iran.

The Iranian space agency had already affirmed on Sunday that the Islamic Republic would control the satellite “from day one” in particular to “monitor (its) borders, improve agricultural productivity and monitor water resources and natural disasters”.

Khayyam, named after the 11th century Persian polymath Omar Khayyam, is not the first Iranian satellite put into orbit by Russia.

In 2005, Sina-1 was deployed from Russia's Plesetsk cosmodrome. Iran insists its space program is for civilian and defense purposes only, and does not violate the 2015 nuclear deal or any other international agreement.

Western governments fear that satellite launch systems incorporate technologies interchangeable with those used in ballistic missiles capable of delivering a nuclear warhead, which Iran has always denied wanting to build.

Iran managed to put into orbit its first military satellite in April 2020, attracting the wrath of the United States.