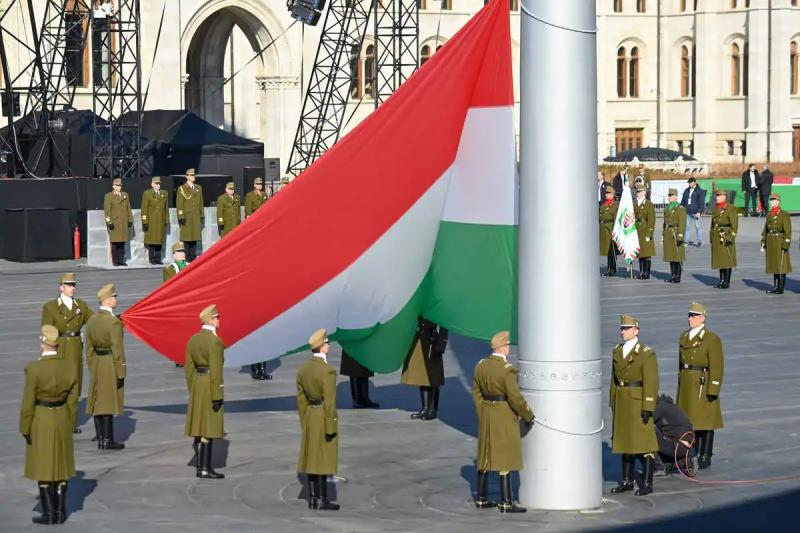 The European Parliament declared on Thursday that Viktor Orban's Hungary was no longer a true democracy, as Budapest tries to give guarantees to Brussels on the fight against corruption in order to escape a suspension of the European funding.

In a report adopted by a large majority, the European Parliament “deeply regrets that the absence of decisive action on the part of the Union has contributed to the disintegration of democracy, the rule of law and fundamental rights in Hungary”. He describes the country as a “hybrid regime of electoral autocracy”.

The report, which won 433 votes to 123, with 28 abstentions, was presented by French environmentalist MEP Gwendoline Delbos-Corfield, applauded in the hemicycle after the vote.

Hungary has been led since 2010 by the nationalist and ultra-conservative Prime Minister Viktor Orban, 59, who claims the exercise of an “illiberal democracy” and maintains cooperation ties with Vladimir Putin's Russia.

“Things have changed dramatically” in Hungary in recent years, underlined Gwendoline Delbos-Corfield during a debate in the hemicycle on Wednesday, noting in particular that “the independence of justice is as unlikely in Hungary as in Poland

“We know that it is Orban's own family that recovers European funds”, she continued, also citing “restrictions on parliamentary rights”, espionage of journalists, government control over universities, the “infamous law” against LGBT+ people “which resembles Putin's laws”, but also the tightening of abortion conditions.

“If Hungary were a candidate today to enter the EU this would not be possible, it would no longer meet the membership criteria, this is the sad observation of the report”, commented the elected Fabienne Keller.

At the end of the day, Budapest denounced this vote , “an insult” to Hungarians, according to Foreign Minister Peter Szijjarto.

“I consider it insulting to Hungarians that Hungary's capacity for democracy is questioned”, he declared during a conference of press in Budapest, expressing surprise that “some” in Strasbourg and Brussels “demean” his country.

The European Parliament had launched in 2018 a procedure against Hungary for “risk of serious violation European values” (Article 7 of the Treaty).

Hungary is also under threat of being deprived of billions of euros in EU funding, due to Brussels' concerns about corruption and public procurement conditions in the country.

The Commission, which activated in April against Budapest an unprecedented mechanism linking the payment of funds to respect for the rule of law, will propose on Sunday to the Member States to suspend the majority of the funds paid to Hungary under the cohesion policy , we learned from European sources.

But it will take care to leave a way out for Budapest: the country could escape the sanction if it correctly implements the reforms announced in terms of of the fight against corruption. Member states would have up to three months to decide.

Budapest presented a series of measures to try to appease Brussels, including the establishment of an “independent authority” to fight against corruption.

Hungary is also the only EU country whose post-Covid recovery plan (5.8 billion euros) has still not received the green light from the Commission, for similar reasons.

Hungarian Minister of Justice Judit Varga has started a tour of European capitals in recent days.

She is trying to convince European commissioners and her counterparts not to financially punish his country, faced with a difficult economic situation, against a backdrop of galloping inflation and the fall of the forint, the national currency.