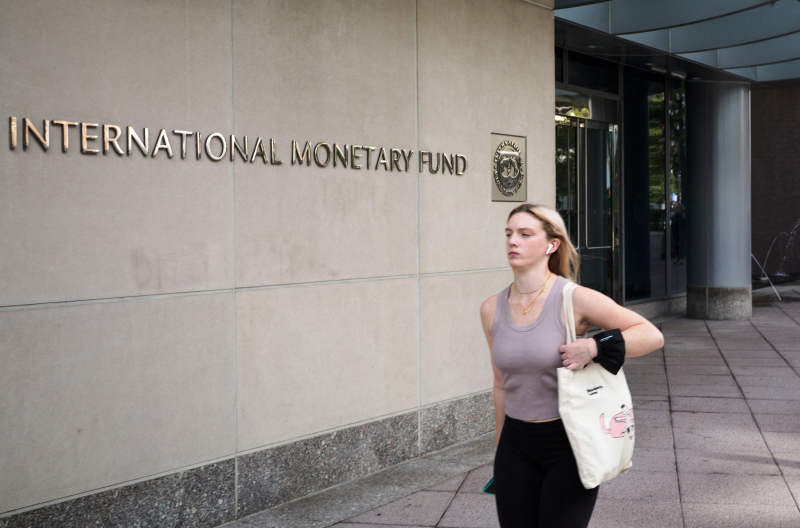 The effect of the financial tightening on employment “is still to come”, but the central banks “have not finished their work” in the face of inflation, estimated Thursday the director general of the International Monetary Fund (IMF), Kristalina Georgieva, during a meeting with the press.

If the economic slowdown is expected to be greater in 2023 than envisaged by the Fund during its latest publications last October, national labor markets are “showing resilience” so far, Ms. Georgieva stressed, “which is a positive point”.

“As long as people have work, even if prices are high, they consume, which helped the economy in the third quarter, particularly in the United States and Europe, but we know that the impact of the tightening is coming” in terms of unemployment, insisted the boss of the IMF.

Especially since the situation is not about to improve, due to “inflation which remains tenacious” and in the face of which “the work of the central banks is not yet finished”, recalled Mrs Georgieva, implying at the same time that “the crisis is probably not over”.

With a risk of social tension if the effect on employment proves to be particularly significant, alerted the director general of the IMF.

“We are only on January 12 and already have Brazil, Peru, Bolivia, Colombia, the United Kingdom, all for different reasons, but with very clear social tensions .

Kristalina Georgieva thus underlined the need to prevent the financial tightening, which must end up translating into a rise in unemployment, from adding additional tensions to social relations.

At the same time, the impact of the rise in rates on indebted countries will also be dramatic, recalled Ms. Georgieva, whose institution has been warning for several months of the risk of seeing around sixty emerging and developing countries tip into a sovereign debt crisis .

Nevertheless, the IMF still believes that “a global recession can be avoided” even if a certain number of countries were to see a decline in their GDP, at least “if there is no no additional shock”, recalled the managing director.

In particular in the event that China does not question its change of policy vis-à-vis the pandemic, while a recovery economy in the country from the middle of the year “could be the fa most important driver of global growth for 2023,” Ms. Georgieva added.