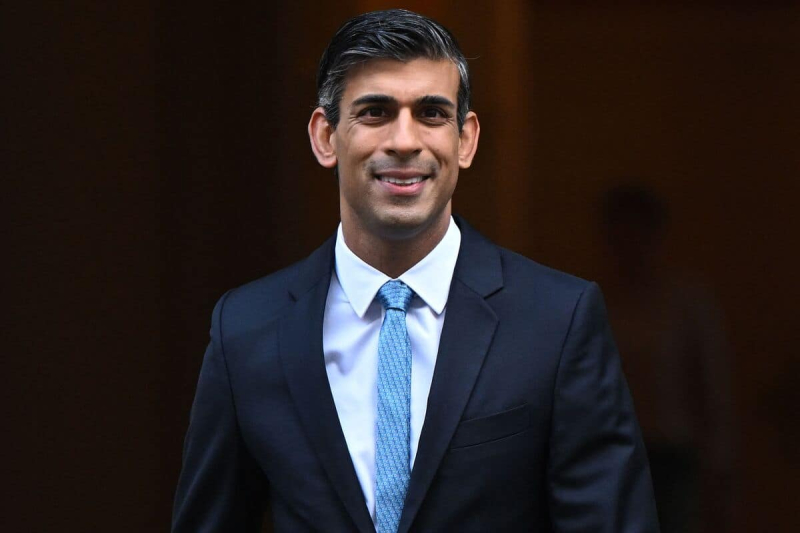 British Prime Minister Rishi Sunak said Monday evening that the “golden age” between the United Kingdom and China was over, advocating a more pragmatic approach to the “systemic challenge” posed by Beijing after the arrest in Shanghai of a BBC journalist.

“Let's be clear, the famous 'golden age' is over, as is the naïve idea that trade will automatically lead to political and social reform,” Rishi Sunak said in reference to the warming of Sino-British relations from 2015 under David Cameron.

For his first major foreign policy speech delivered at Guildhall, the palace in the City of London, the Prime Minister considered that China now represented “a systemic challenge to our values ​​and our interests, a challenge that is increasingly glaring as the country is moving towards even greater authoritarianism.”

His remarks come after the arrest and police violence against a BBC journalist who was covering protests in Shanghai.

The BBC claimed on Sunday night that its reporter Ed Lawrence had been “arrested and handcuffed while covering protests in Shanghai”. According to the British audiovisual giant, “he was beaten and beaten by the police” before being released.

Triggered by the mobilization against the confinements and restrictions imposed by the authorities to fight the epidemic coronavirus, the anger brewing in China seems unprecedented since the bloody suppression of pro-democracy protests in 1989.

“Instead of listening to the protests of its people, the Chinese government has chosen to crack down more, including by attacking a BBC journalist,” denounced the Prime Minister.

“The media – and our parliamentarians – must be able to shed light on these issues without being sanctioned,” he insisted.

The BBC explained that it had had “no official explanation or apology from the Chinese authorities, beyond an assertion by officials, who later released him, that they arrested him for his own good at the case he caught the Covid (in the middle) of the crowd”. “We do not consider this to be a credible explanation.”

Beijing assured Monday that Mr. Lawrence did not identify himself as a journalist “and did not voluntarily present his press accreditation” , according to Zhao Lijian, spokesperson for the Ministry of Foreign Affairs.

The incident only worsens already tense relations between Beijing and London, against a backdrop of strong criticism from the United Kingdom, in particular on the takeover of Hong Kong by China and recent incidents on British soil.

But if the Prime Minister said he wanted to “evolve” the approach of the United Kingdom vis-à-vis the Asian country, we must not “ignore” according to him “the place of China in the global affairs”.

Earlier Monday, the spokesperson for the head of government had described the journalist's arrest as “shocking and unacceptable”. “But that does not mean that we will not seek to have constructive relations with China on other issues” such as the fight against global warming or the economy.

A rhetoric that appears to have toned down as Mr Sunak called China “the number one threat” to the UK during the campaign that led to Downing Street.

The United Kingdom was recently marked by the violence suffered by a pro-democracy activist from Hong Kong at the Chinese consulate in Manchester (North) and by information from an NGO according to which Beijing has opened clandestine police stations in several Western countries, in particular on British soil.

Reacting to the arrest of Mr. Lawrence, the British Secretary of State for Security, Tom Tugendhat, said the case echoed the “repression” that the Chinese Communist Party is trying to implement “elsewhere”. /p>

“Attempts at state repression here in the UK remind us of the urgent need to defend our own freedoms,” he tweeted.