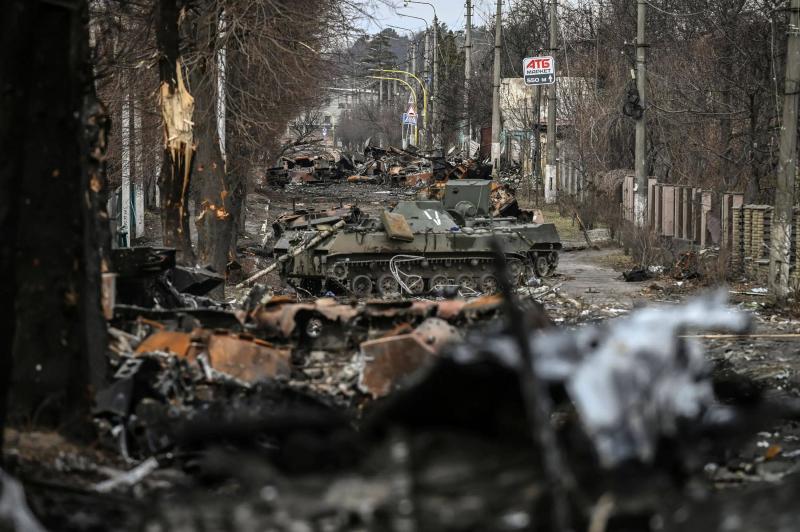 The reconstruction plan for Ukraine, discussed Monday and Tuesday in Switzerland, will have to include an environmental component with a view to restoring ecosystems ravaged by war, estimated European Commissioner Virginijus Sinkevicius, who had mentioned an “ecocide” during a recent visit to this country at war.

Massive destruction of forests, agricultural land mined and polluted by chemical substances spread by armaments and ammunition, waterways and contaminated soil around bombed industrial sites… In addition to the human toll and devastated infrastructure, the environment is paying a heavy price in Ukraine, judged the Commissioner for the Environment in an interview with AFP.

“You have to see the extent of the disaster caused by the Russian strategy: there are shattered human lives and destinies, separated families and, also, environmental damage. When you arrive in the forest and you see 700 hectares destroyed, blown up and reduced to trenches, it is heartbreaking, it is a large-scale crime,” he argued.

On June 23, Virginijus Sinkevicius had observed this damage in the forest areas around kyiv. “It will take generations to fix this ecocide. But we will do it, Ukraine will find its unique environment, ”he said on Twitter, even if the qualification of ecocide is still absent from the legislative apparatus of the EU.

“This environmental cost increases every day more, because the barbaric measures on the Russian side do not stop: they bomb chemical factories, they threaten and seize nuclear power plants, they attack nuclear treatment facilities. water and allow waste water to escape”, observes the European Commissioner.

“So the pollution levels are only increasing” and, in addition to the bombs and other munitions dropped on Ukrainian territory, “there are thousands of tons of destroyed Russian military equipment, metal waste with burnt oil” and potentially toxic substances, he explains.

A conference will bring together next week in Lugano (Switzerland) allied countries of Ukraine, international institutions and the private sector to draft a “Marshall plan” for reconstruction and this program must “absolutely” include an environmental component, believes Virginijus Sinkevicius.

“This will be taken into account (…) We are working closely with the Ukrainian government on the methodology for collecting information” , he underlines, while saying he is unable to determine a sum for actions aimed at restoring destroyed ecosystems – replanting forests, cleaning up agricultural land and waterways.

“ We have a oc unique opportunity to rebuild this country in a cleaner way, but, at the same time, if you can rebuild infrastructure, it takes hundreds of years for the forests to grow back,” he pointed out.