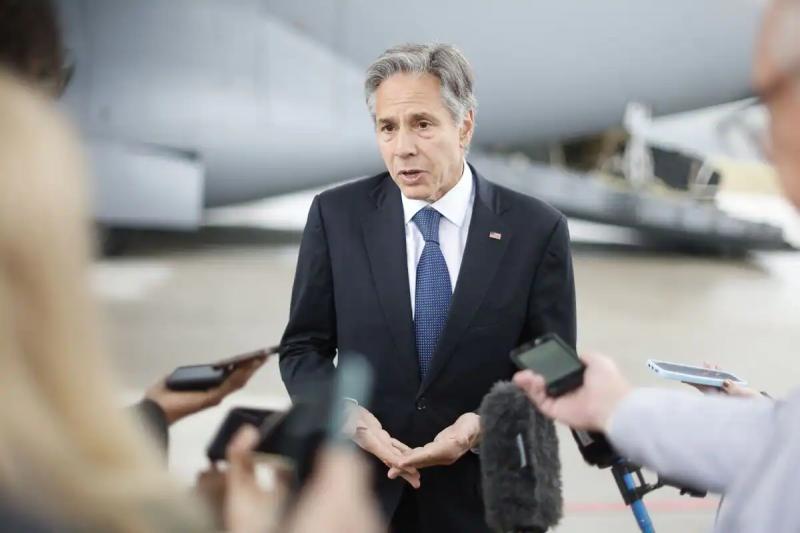 Europe has the opportunity to get rid of its energy dependence on Russia, which has cut gas supplies, the head of American diplomacy said on Friday, before going to NATO in Brussels.

“There is a huge opportunity (…) to get rid of this dependence on Russia once and for all, to get rid of of this power that Russia has over Europe by using energy as a weapon”, Antony Blinken told the press before flying from Poland to Brussels, the day after a visit to Kyiv.

The Europeans have set the goal of getting rid of their dependence on Russian hydrocarbons while avoiding an energy crisis.

Russia last weekend cut deliveries through the strategic Nord Stream gas pipeline, saying sanctions over the invasion of Ukraine were preventing maintenance of a turbine.

So far, Moscow has taken advantage of soaring energy prices to fill its coffers despite sharply declining gas and oil exports.

The head of diplomacy American, during its visit to NATO on Friday, will also insist on the “unity” of the members of the organization to “ensure that our Alliance is as strong as possible to deter Russia from any new aggression”.