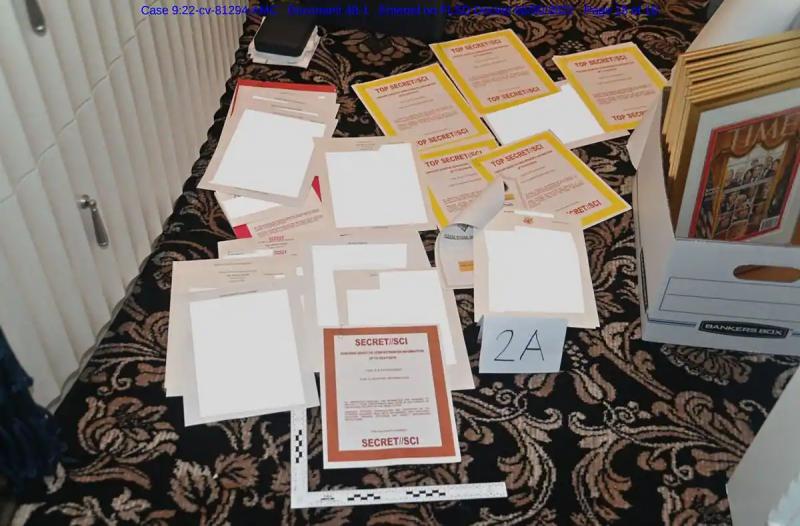 Information about a foreign country's nuclear weapons was discovered among documents seized by the FBI from Donald Trump's residence in early August, the Washington Post claimed on Tuesday, citing sources close to the folder.

“A document describing the military forces of a foreign country, including its nuclear capabilities”, was found among the many classified documents recovered by the federal police during the search carried out at the home of the former American president, writes the daily.

The Washington Post gives no further details, and indicates that its sources did not reveal which country it was.

On August 8, the FBI raided Mar-a-Lago, Donald Trump's residence in Florida, and seized boxes of confidential documents that the Republican had not returned after leaving the White House, despite multiple requests.

A few days after the search, the Washington Post assured that the FBI was looking for documents related to nuclear weapons.

Since this spectacular and unprecedented police operation for a former American head of state, Donald Trump, who openly plans to run for president in 2024, storms against an act he considers “illegal and unconstitutional” and repeats that he was targeted for political reasons.

< p>On Monday, a judge ruled in his favor and ordered that an independent expert be appointed to review the documents seized on August 8. This decision temporarily prohibits federal investigators from using them in the context of their criminal investigation.

Among the texts seized during the police operation are 18 documents classified as “top secret”, more than 50 “secret” and 31 “confidential”.