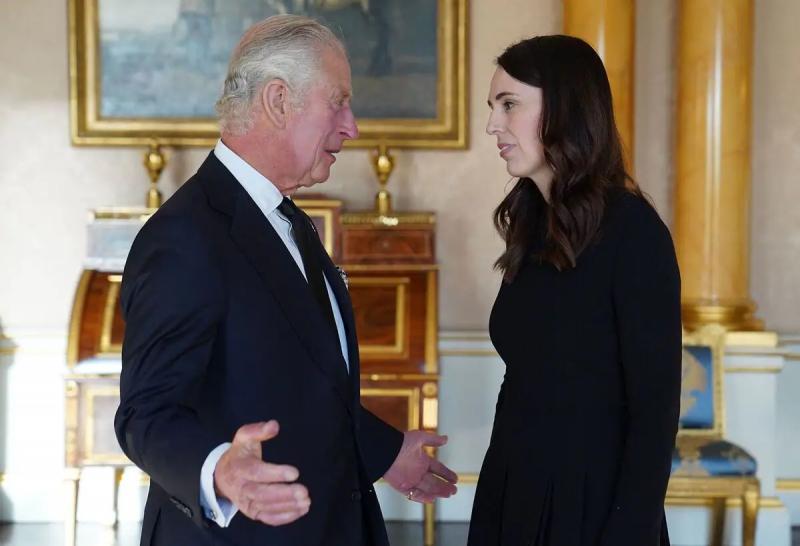 The popular parade is nearing its end, the official delegations are pouring in: there are only a few hours left for the public to hope to gather at the coffin of Queen Elizabeth on Sunday, before the state funeral on Monday in presence of world leaders.

Arriving in London on Saturday evening with his wife Jill, US President Joe Biden will join foreign heads of state, including Frenchman Emmanuel Macron, brought together by Charles III on Sunday at the end of the day, the first major diplomatic meeting of the new 73-year-old sovereign.

They will meet on Monday morning among the 2,000 guests of Westminster Abbey, where Elizabeth II was crowned in 1953, for the culmination of tributes paid in immense emotion since the death on September 8 of the monarch to planetary popularity.

The public will still have until 6:30 a.m. (05:30 GMT) that day to gather in Westminster Hall, the oldest chamber in the British Parliament, in front of the coffin of one who has crossed the ages with the same sense of duty.

But given the considerable waiting time to file past the coffin – 1:30 p.m. announced on Sunday morning – the queue, which has become a phenomenon in itself, should be closed by the end of the day to new arrivals .

At 8:00 p.m. local time (7:00 p.m. GMT), the United Kingdom will freeze in a minute of silence for a “moment of reflection” in memory of its monarch who reigned 70 years, an unprecedented longevity in British history.

While tens of thousands of people lined up in front of the remains of the monarch, only one incident was noted: a man was charged with disturbing public order after leaving the queue and getting approached the casket on Friday, police said Saturday evening.

On Saturday, King Charles and his son Prince William enjoyed a surprise walkabout near Lambeth Bridge.

The new sovereign , far less popular than his mother was, exchanged a few words and shook hands, as he did on several occasions during his tour this week through the four nations of the United Kingdom, from Belfast to Cardiff .

“I saw the king! Our eyes met!” exclaimed Geraldine Potts-Ahmad, in tears. “He will become the best king,” predicted the 50-year-old, still emotional.

Now Prince of Wales, William, 40, participated on Saturday with his brother Harry, with whom he has a notoriously difficult relationship, at a coffin wake, with the Queen's six other grandchildren.

The two brothers were both in military uniform, an outfit that Harry had not worn since his resounding retirement from the monarchy, while the public continued to file on either side of the coffin.

On Friday, the four children of the queen had led a similar vigil.

As to both gauge and maintain the link between the British and the royal family, children and grandchildren of the queen so loved by the British have increased their meetings with the public in recent days, as the period of mourning crushes all other news in the United Kingdom.

Early Saturday afternoon, Prince Edward and his wife Sophie greeted the crowd gathered near Buckingham Palace, the official residence of Elizabeth II during her more than 70 years of reign, until her death at the aged 96 at Scottish Balmoral Castle.

In a recorded video message which will be broadcast on the BBC on Sunday, Queen Consort Camilla paid tribute to the sovereign, “who has always been a part of our lives”, and insisted on the difficulties that Elizabeth II, ” solitary woman”, encountered in a world of essentially male heads of state and government.

Leaders from here and elsewhere

Australian Prime Minister Anthony Albanese meanwhile praised on Sky News the “constant reassuring presence” of the Queen, who has known 16 prime ministers in the country.

Like her counterparts Justin Trudeau and Jacinda Ardern, the Australian leader gathered in front of the coffin at Westminster Hall.

The organization of the state funeral, the first since that of Winston Churchill in 1965, presents an unprecedented challenge for the London police.

“The biggest operation” ever carried out by the London police , underlined the mayor of the capital Sadiq Khan, on the occasion of the visit of Charles and William to a command center on Saturday.

Behind the scenes, rehearsals are in full swing, and on the outskirts of Westminster , the most ardent are already camping to ensure their place in the front row.

Coming from the north of England, Magdalena Staples, who will have spent three nights under the tent with her family, explains to AFP that she wants her children “live the same experience” as her, when she attended Lady Di's funeral 25 years ago.

After a final procession, Elizabeth II will be buried privately on Monday in the St George's Chapel at Windsor Castle, west London, with her father King George VI and her husband Prince Phil ip.