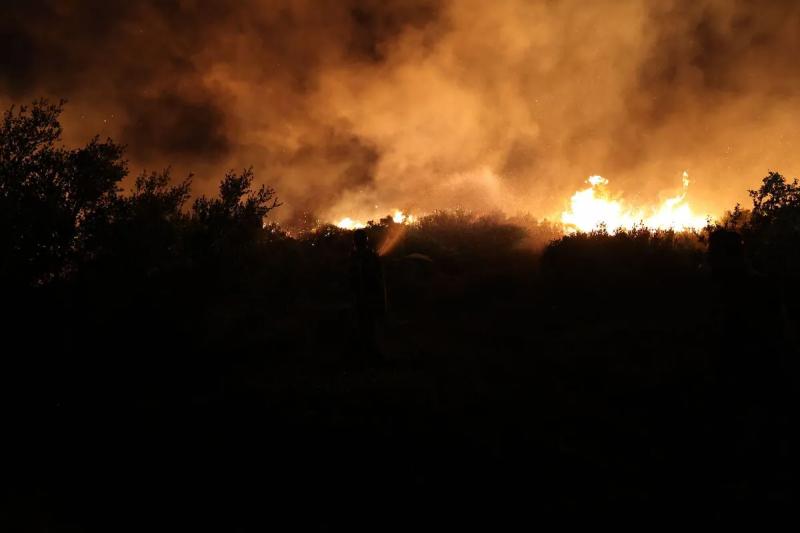 While the high fire season is not yet over, the provisional toll of fires is increasing in the European Union with already more than 660,000 hectares burned since January, setting a record for this stage of the year since satellite data began in 2006.

Since January 1, fires have ravaged 662,776 hectares of forest in the European Union according to data updated on Sunday the European Forest Fire Information System (EFFIS), which has been keeping comparable statistics since 2006 using satellite images from the European Copernicus programme.

France had worse years in the 1970s, before European standardized data. But the year 2022 is the most serious in 16 years according to these figures, largely because of two large successive fires in Gironde, in the south-west of the country, where German, Polish and Austrian firefighters arrived this week. reinforcement.

The situation is also exceptional in central Europe: the firefighters thus took more than ten days in July to control the biggest fire in Slovenia's recent history, helped by a population so mobilized that the government had to ask the inhabitants of 'stop donating to firefighters.

But not having specialized planes to fight the fires, Slovenia had to call for help from Croatia, which sent a plane… before to call him back to put out his own fires. The Slovenian government is now considering the acquisition of its first water bomber aircraft.

Also very spectacular, in Berlin, Germany, a large fire broke out last week from a police ammunition depot, in a forest in the midst of drought, a fire quickly brought under control. Until now spared by such fires, the German capital is today increasingly threatened because of the importance of its wooded areas.

But the area hardest hit by the fires is the Iberian Peninsula. Spain, dried up like France by several heat waves this summer, saw 246,278 hectares ravaged by fires, mainly in Galicia in the northwest. However, the situation has improved with the drop in temperatures.

Portugal has also been fighting for more than a week against a fire in the UNESCO-recognized Global Geopark in the mountain region of the Serra da Estrela, which rises to about 2,000 meters.

– Central Europe on the rise –

“Hopefully we won't have the October we had that year,” he continues; 400,000 hectares had then been destroyed across Europe in one month.

The exceptional drought in Europe, combined with heat waves, facilitates the outbreak of fires.

These ultra -dry were more often observed in countries bordering the Mediterranean Sea, but “this is exactly what happened in central Europe” until then spared from these meteorological phenomena, adds Jesus San-Miguel.

For example, the Czech Republic saw a fire devastate more than a thousand hectares, which is little compared to other countries, but… 158 times more important than the average 2006- 2021 when the fires were negligible.

In central Europe, the areas burned are therefore still small compared to the tens of thousands of hectares in Spain, France or Portugal. Apart from the fires in Croatia, there have only been three outbreaks in Slovenia and five in Austria.

But continued global warming across Europe is only expected to accentuate the trend.